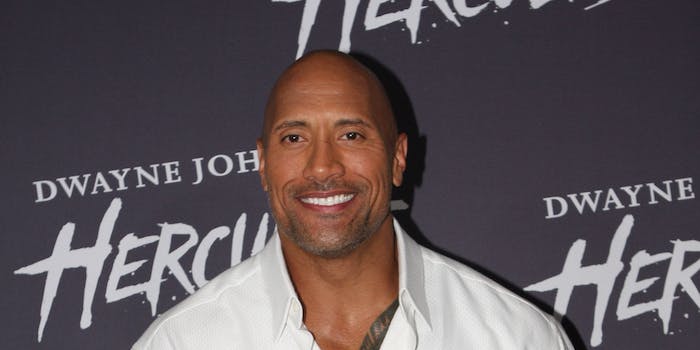 Johnson is a registered independent.

Breaking the habit of a lifetime, Dwayne “the Rock” Johnson just endorsed a presidential ticket, posting an Instagram video where he declares support for Joe Biden and Kamala Harris.

In the video, Johnson describes himself as “a registered Independent for years now, with centrist ideologies,” confirming that he’d voted for both parties in the past. But due to the historic importance of the 2020 election, he decided to make a public endorsement for the first time, bringing Biden and Harris in for a video conversation about their values. Johnson describes Harris as a “certified badass” and compliments Biden on his “great compassion, heart and drive” before asking a simple question: How will they earn the American public’s respect in the White House?

It’s not exactly hard-hitting stuff, but that’s kind of the point. Johnson is one of the most famous and beloved celebrities in America, and his image is politically neutral. He stars in fun, mainstream blockbuster movies, most people feel positively toward him, and he rarely does anything controversial. His lack of overt political values is part of why he attracts fans from all walks of life.

Johnson’s endorsement is itself very neutral, avoiding specific policy discussions in favor of celebrating “kindness.” He explains that the best way for the country to move forward is: “Progress through humanity, progress through decency, through equality. Progress through kindness, because kindness matters.”

This may be a more effective endorsement than a lot of other celebrity political campaigns. Johnson is a self-described centrist who used to be a registered Republican, and he’s implicitly speaking to an audience of fans who aren’t super invested in politics. It’s very different from when someone like Mark Ruffalo endorses a candidate because we already know where Ruffalo’s politics lie.