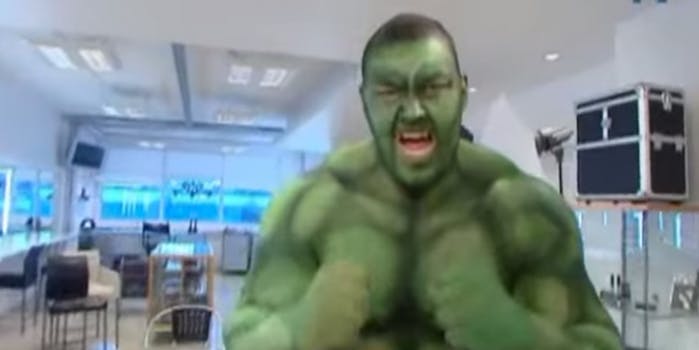 Hafthor Bjornsson is a guy who can deadlift 994 pounds.

Hafthor Bjornsson might be the strongest man in Iceland and the second strongest man in the world, but to Game of Thrones fans he’ll always be Gregor “the Mountain” After Sunday’s episode, how could you forget the muscles on a man who [SPOILER] the [SPOILER] out of [SPOILER]?

Unlike others—cough Khal Drogo cough—Björnsson’s muscles aren’t just for show. Rather, this is an actual human man who can deadlift 994 pounds. That’s roughly the weight of a bull shark or a single testicle of a right whale.

Bjornsson has a softer side to him too. Philanthropy is also a muscle that has to be exercised. What could be a better use of the 25-year-old’s physical talents than painting himself green and entertaing children as the Hulk? What could possibly go wrong with a man whose body looks as if it has been manipulated by a god who finally found a working torrent of Photoshop?

With a frame like this, Bjornsson might have a lot of things in his future, but birthday entertainer certainly isn’t one of them.