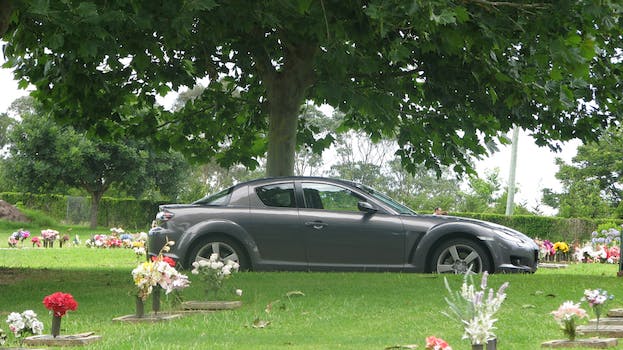 Driving has never been more profound.

It was a typical Monday morning when I noticed that the YouTube channel Regular Car Reviews had a new video. I’d been enjoying these reviews for a while and thought it would be great to give the channel some exposure. My editor encouraged me to reach out for an interview—so that’s what I did.

As with any profile, I usually open by asking some basic, straightforward questions, and in this case, I asked for his name. He wanted me to call him Mr. R.

“One of the gimmicks of the show is that the host is unknown,” said Mr. R. He explained that this was for a particular reason: He was “working a job where your image, in the eyes of the community, determined your employment.” Right off the bat, this guy was shrouded in mystery. Not only was his name a secret, but so was his profession.

Right off the bat, this guy was shrouded in mystery. Not only was his name a secret, but so was his profession.

The only careers I could think of that required such an outward public face would be as a city council member or a priest.

Mr. R was worried that the “grotesque nature of this YouTube show” could get him fired and leave him unemployed. He’s right—the nature of his show is rather discomfiting. One of his lighter jokes when reviewing the 1990 Mazda MX-5 NA Miata was that “it was manufactured in Hiroshima because they made it their mission to avoid any more bombs—too soon?”

These and similar lines are just so off-kilter and off-the-cuff, they can’t help but catch you off-guard.

There’s also something to Mr. R’s delivery that’s rather memorable. While most car reviews unfold with a sense of entitled haughtiness, as if they the critic were giving you the privilege to listen to them ramble on about how an exhaust note makes them feel all tingly inside, Mr. R doesn’t have that air about him. He simply drops his voice to a guttural baritone to exemplify a point, or mock those that fawn over a particular style of engine displacement. It takes a bit of getting used to, but after a while, you really start to appreciate his tone.

“One of the things I disliked about some, not all, but some car shows, is how it stops becoming about the car, and being more about the host.” said Mr. R. (It’s definitely an affectation of the popular motoring series Top Gear to play off the personalities of the human characters.) Mr. R also hates how “so much of the car community is a discussion of trivia, and arguing over which cars have merit, and if so, why… that’s boring.” He’d much rather discuss “how the car exists as a cultural touchstone,” because a car is nothing more than “a representation of a slice of time to certain people.”

He’d much rather discuss “how the car exists as a cultural touchstone,” because a car is nothing more than “a representation of a slice of time to certain people.”

1994 was such an amazing year. It’s that kind of year that only comes along once every three decades or so. It’s a year where car culture, pop culture, and public perception of what’s good align. Pulp Fiction, The Shawshank Redemption, Forrest Gump, The Lion King, True Lies, and The Mask all hit theaters. Oasis release their debut album, the Beastie Boys release the “Sabotage” music video, and that took over MTV’s rotation in the process. Friends premiered, and the average cost of a new car was $12,350 dollars… and the average cost of a gallon of gas was a buck-nine. And the PlayStation One came out and “The Sign,” by Ace of Base, was the number one song of the year. And the wonder bra was created to provide the engine by which men would be disappointed for ages to come, and the O.J. unpleasantness began, and The Blue Album by Weezer was released, along with Downward Spiral by Nine Inch Nails and Dookie from Green Day. 1994 was an embarrassment of riches.

Mr. R’s ability to mesh something as narrow as a car review with something as abstract as a societal gloss with some toilet humor swirled in is nothing short of incredible. It’s not without training, however. Both Mr. R, and his partner, Roman, have master’s degrees in English literature.

“We know how to do a close reading, and we can approach a car from both the primary source, which is the car itself, and all secondary sources,” said Mr. R. It’s important to be able to look at a car and find “what influenced this car in the time of its design… what was going on in the world, or in the local community, where the design firm was. When the car was being made. And possibly how can you make an argument, with whatever was going on in the world, affecting this car.”

Regular Car Reviews can take the the world politics of the ’70s, boil it down and relate it to the automotive engineering of that era. It’s that approach that puts it a cut above other car review series.

But just what is a regular car, anyway? Well, for Mr. R, a regular car “has to run on 87 octane” and “has to be below the average cost of a car these days… about thirty grand, it has be below that.”

That’s not to say Mr. R won’t get behind the wheel of a more exotic vehicle. He’s reviewed the Ferrari 360 Modena and a 2005 Lotus Elise. When someone wants you to drive a “car that costs as much as a house, what are you gonna do, say no?” he asked me.

When someone wants you to drive a “car that costs as much as a house, what are you gonna do, say no?” he asked me.

But out of all of this reviews, the Mazda RX-8 has been the most profitable.

Content really is king. Regular Car Reviews may not have the same cinematic flair as Chris Harris on Cars or Evo, but damn is it more entertaining. The others feel hollow in comparison. There’s heart and genuine passion in reviews by Mr. R.

Not only that, he reviews cars as a utility, a piece of culture, and a work of craftsmanship. His competitors just try to get the fanciest and most expensive cars to race around on an empty track while firing off statistics. And while there’s nothing wrong with that, it means two reviews of a Porsche 918 or McLaren P1 can feel identical.

Mr. R’s assessment of cars transcends this level; it becomes less of a review, and more of a critique. And with everyone and their mothers peddling opinions, commentaries, and reactions online—and often mired in the obvious or superficial—it’s not only necessary, but absolutely vital, that poignant, sharp analysis survive.

Photo via Dale Gillard/Flickr (CC BY 2.0)