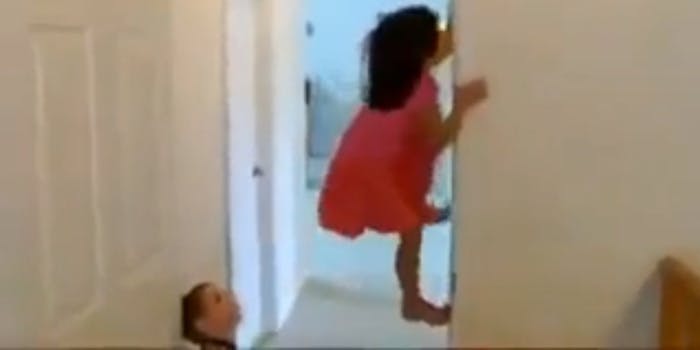 Not even gravity can hold these kids back from candy

These are obviously Peter Parker's grandchildren.

It’s downright adorable what some kids will do in order to eat some candy.

Little tykes Avery and Logan—four and two, respectively—apparently possess such collective sweet teeth that, to appease their father, no doubt, they have learned to climb the side of a doorframe like damn monkeys to get a single piece of candy.

It is simply amazing. We have to wonder about the alignment of their toes—and whether or not they should be wearing any helmets.

The whole thing plays out in a video called “When mother leave[s] kids with their father,” a 57-second clip detailing what the unidentified father has dubbed “The Candy Challenge.”