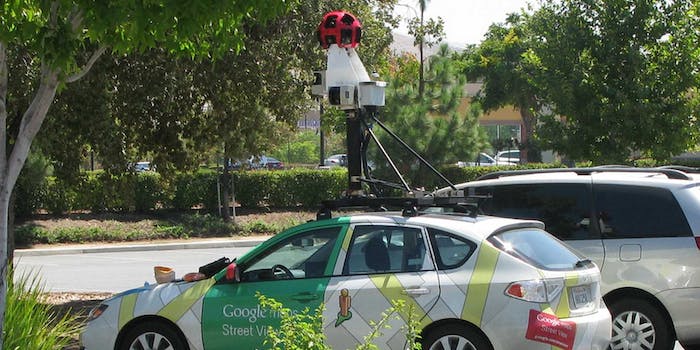 Google Maps driver detained, accused of being a government agent

He swore on a statue of Buddha he wasn't secretly working for the government.

Next time you’re casually perusing Thailand through Google Street View, you might want to be grateful for the driver who got you those shots.

Villagers in northern Thailand have apologized for suspecting a Google Maps driver was secretly surveying for a criticized dam project, detaining him, then making him swear on a Buddha statue that he was telling the truth, according to the Bangkok Post.

So when Deeprom Phongphon casually drove up and down village streets in a car with a giant camera sticking out the top—even though the car was painted in that Google Maps pattern—residents grew suspicious. Approximately 20 of them surrounded his car, forcing him to stop, and badgered him with questions.

In a statement acquired by the Associated Press, the villagers offered a formal apology to Google and the driver Wednesday. They added they’d been “extremely worried and there had been so many repeated cases that convinced the villagers to believe someone was trying to survey the area in disguise.”

Google representative Taj Meadows said in a statement of his own that “we sometimes encounter unexpected challenges,” and that he believed the company was abiding Thai law by only taking pictures from public property.