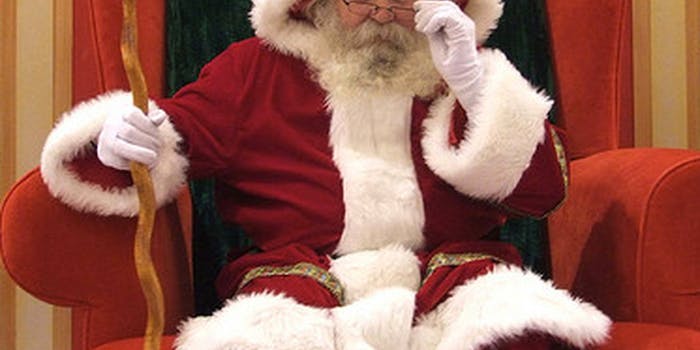 Twitter's making a list and checking it twice for ol' Saint Nicholas.

With Christmas less than two weeks away, Twitter users are putting the finishing touches on their wish lists and gifting the art of snark, judging from the responses to the #TextSanta hashtag.

Although the topic is trending in the United States right now, it stemmed from a British television program of the same name that aired last night. The ITV special aired right after the popular The X-Factor finale.

According to Topsy, just a bit over 3,000 tweets were counted using the #TextSanta hashtag.

Americans are now putting their spin on the hashtag this afternoon, calling to mind Snoop Dogg’s Christmas in the Dogg Pound compilation.

But since we’re a scrooge, here are some of the dumbest tweets we found.