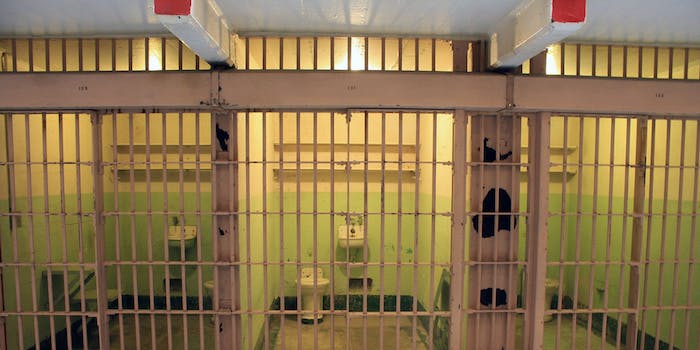 Texas has been collecting and posting inmates’ final words on the Texas Department of Criminal Justice website for years.

Texas executed its 500th death row prisoner last week: Kimberly McCarthy, a 52-year-old woman convicted of murder. Resuming capital punishment in December 1982 after an earlier Supreme Court decision, the state has put to death more prisoners than the next several states combined. But for Texas’s condemned, their final words will live on forever—not on a note scribbled to family members or scratched into the paint of a cell wall—but on the Internet.

Texas has been collecting and posting inmates’ final words on the Texas Department of Criminal Justice website for years, and officials told The New York Times that there were 3 million page views of final words last year alone. Only California comes close to resembling the archive that Texas offers.

God, hear our prayer. We want to give thanks for this day. I can’t do that prayer, that prayer is not right for ya’lls family or my family. Please forgive me. I love ya’ll. OK Warden, I am ready. I’m going home. I love ya’ll. I’m feeling it. —Bobby Lee Hines, 2012

These online gravestones reveal the final thoughts of some of the state’s most hardened criminals. The responses are calls on a higher power, pleas for forgiveness, gratitude for family members, and often words that are much more unexpected.

McCarthy, the most recent prisoner to be executed in the state, had a religious message for those present at her execution.

“Thank you everybody. This is not a loss, this is a win. You know where I am going. I am going home to be with Jesus. Keep the faith. I love y’all. Thank you, Chaplain,” she said before being put to death by lethal injection.

And perhaps one of the most reported final statements was when convicted child killer Jesse Hernandez screamed “Go, Cowboys!” before being executed in 2012.

The chilling database allows visitors to view both written and verbal statements, information about the offender’s crime, age, date of execution, and the county the crime took place in.

While many anti–death penalty activists are critical of Texas’s zeal for capital punishment, polls show that the majority of Texans still support the sentence. According to a 2012 University of Texas–Texas Tribune poll, 73 percent of the population strongly or somewhat support the death penalty.

As Blue Collar comedian Ron White says about the death penalty in Texas, “If you come to Texas and kill somebody, we will kill you back. That’s our policy.”

Add “create a creepy database from your final words” to that.