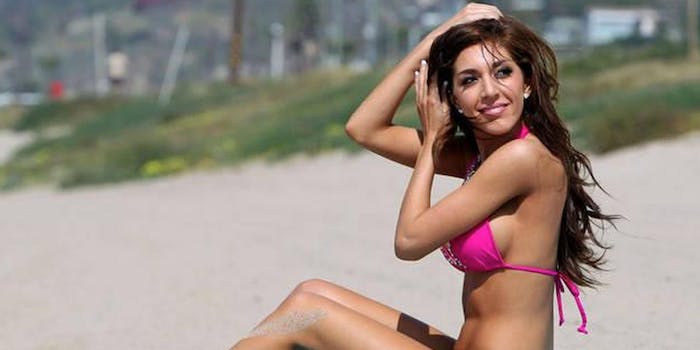 Teen Mom’s sex tape bikini is too dirty for eBay

The online auction house pulled the plug on the deal after bidding on the bikini had climbed to as much as $14,700.

The bidding began at $500. Surely then it was undervalued. 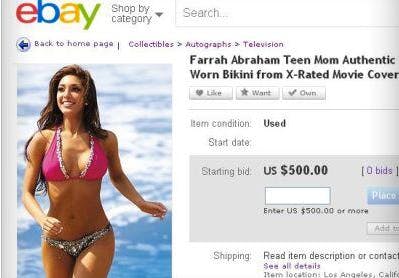 Throughout the weekend, fetishists who prey on bikinis that have been worn but not washed by D-level celebrities engaged in one of the great bathing suit battles of our time, but alas, no one would win. eBay supposedly sent Vivid an email on Sunday: “Our policy does not allow used clothing to be listed on the site unless the item has ben washed first.”

We’ll report back on any auctions as soon as Vivid throws that suit through the spin cycle.