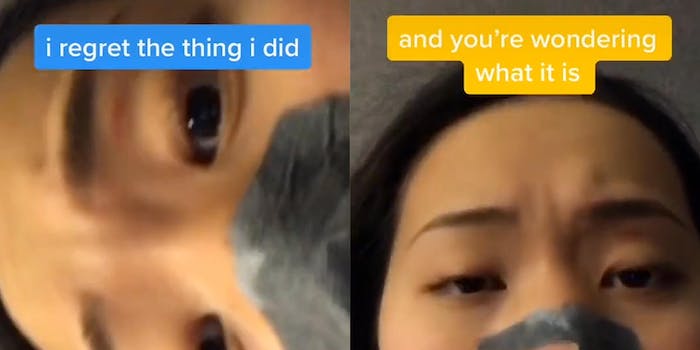 Teen gets harmonica stuck in mouth, documents it on TikTok

The 'Just Did a Bad Thing' meme gets a musical addition.

People doing inadvisable things is essentially TikTok‘s brand at this point, and now there’s another addition to the “Just Did a Bad Thing” meme.

Canadian teen Mollie O’Brien stuck a harmonica in her mouth, allegedly to entertain her cousin, according to BuzzFeed. Since it was done horizontally, it got stuck. So she did what anyone in this anxiety-inducing situation would do and made a TikTok about it, complete with a big reveal. The panicked harmonica notes you hear when she breathes in provide the musical accompaniment.

O’Brien told BuzzFeed that “After 30 minutes it hurt, but then it was kinda numb.” She didn’t document any of the attempts to get it out, just the dreadful fusing of harmonica and mouth.

The video has more than a million views now, and while many people in the comments couldn’t believe it was real, she told BuzzFeed that the hospital reportedly referred her to a dentist that was able to remove the instrument. He told her, “Let’s not do this again, OK dear?”

Words to live by.