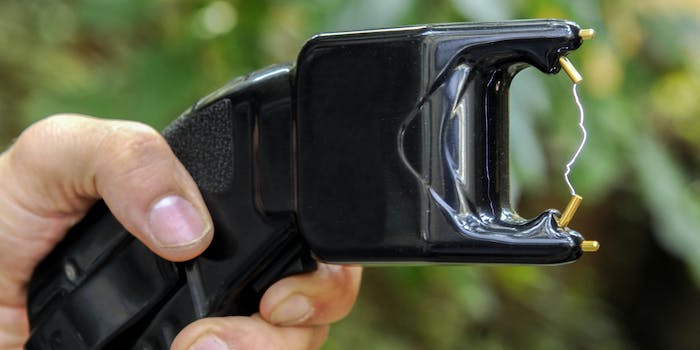 Teen’s dying wish is to tase a cop, local hero lets her do it

Some benevolent police officers agreed to her wish.

You’ll never really know what your dying wish is until you are truly confronted with your own mortality.

Which is all to say we can’t judge anyone’s last requests.

Except for this teen in Ohio, because her last request was awesome. She wanted to tase a cop.

Alyssa Elkins of Newark was recently given four months to live after her leukemia, which had been in remission, returned. She made a list of things to do, one of which was tase someone.

Rad, I think we can all agree. Who wouldn’t want to tase someone?

After hearing about the list, members of the Newark Division of Police volunteered to train Alyssa on proper Taser use and, this weekend, she got to tase Sgt. Doug Bline.

Look at him. He takes it like a champ.