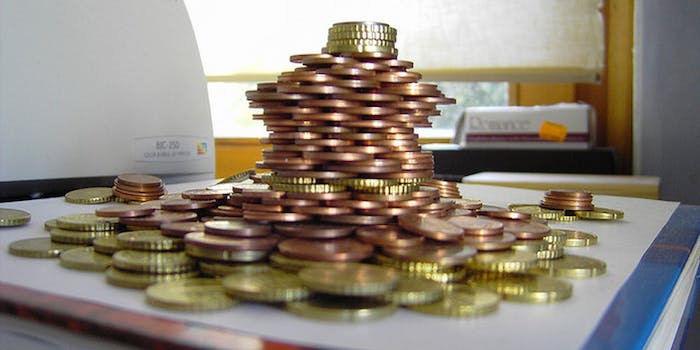 Keiron Belmont, 19, was brought before a U.K. court after logging into his friend's computer and giving away over six years' worth of virtual money on Runescape.

A modern-day Professor Moriarty has stolen the crowned jewels of England—only this treasure is virtual, and Sherlock probably wouldn’t waste his time on this one.

Keiron Belmont, 19, was brought before a U.K. court after logging into his friend’s computer and giving away over six years’ worth of virtual money from the online role-playing game Runescape, according to the Daily Mail Online.

The virtual money has no real-world value. In Runescape’s medieval world, it’s used to purchase weapons and other items. Belmont gave away the virtual money after getting into an argument with the woman he was staying with, Helen Jenkins.

Jenkins went to police after learning about the “crime.”

So, what is the penalty for giving away a cauldronful of Runescape coins? About $20.

Belmont was charged with gaining unauthorized access to a computer and making unauthorized modifications under the Computer Misuse Act of 1990. He was ordered to pay a fine of £16 and was given an eight-month conditional discharge.