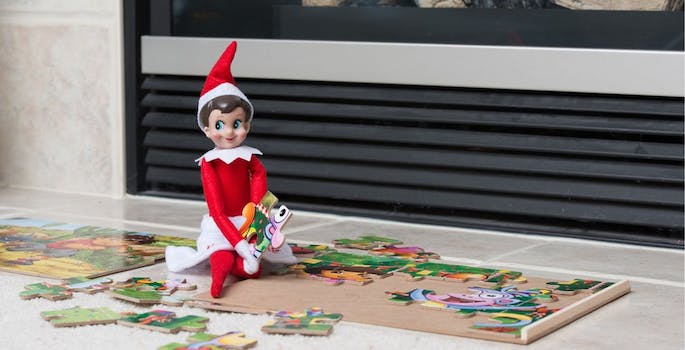 An innocent mistake ruined everything.

Reddit’s “Today I Fucked Up” forum is a mixed bag. Sometimes you get tiny, funny mistakes and sometimes genuine horror stories. One teacher’s story of ruining Christmas is both a minor accident to an adult and a horrible tragedy to kids with big imaginations.

The substitute first grade teacher told Reddit that the class they were covering for had an Elf on the Shelf. For those unfamiliar, the Elf is the unofficial Christmas tradition of the surveillance state. He’s a doll who spies on kids to make sure they’re being good for Santa, and grownups are supposed to move him overnight to create the illusion of magic. That’s what the regular teacher had been doing for the 20 kids in the class.

There’s another rule with the Elf, though, to keep kids from touching him: if the Elf falls down, he loses his magic and has to leave.

So, what happened as soon as our substitute teacher walked in? The Elf hit the floor, of course.

… soon as I sat down at my desk to prepare for the day, I heard a loud shout.
“THE ELF FELL!” She screamed.
I went over to see the group of kids huddled around an elf lying face first on the ground.
“Is it broken?” I asked
“NO! BUT HES FALLEN!” She wailed.

Ah, crap! Well, whatever you do, don’t touch the Elf.

Chipper and cheerful I smiled and told the kids, “don’t worry! He’s just a little dusty. We’ll pick him up and he’s good as new!”
The kids screamed as I picked up the elf.

“YOU KILLED HIM! TOUCHING HIM TAKES AWAY HIS MAGIC! NOW HE WILL NEVER MOVE AGAIN! HES DEAD!”

Another child sobbed.
I had no idea what they were talking about. So I tried to reason with them.

I told them, “of course someone took him out of the box. And he did not lose his magic. He will be fine.”

She flatly told me, “santa took him out of the box and now he will never see santa again.”

Welp, now you’ve gone and done it. You’ve really bollocksed everything up, here. Maybe there’s some clever way you can save the situation, though.

I reasoned with the kids. Well let’s leave the elf a note. If he replies and moves, he is still magical.
I told her, write a note that says “are you still magical, circle YES or NO.”

The kids wrote a note to the elf and during their specials left the room. I rushed to work quickly. I didn’t have a large window because the other class next-door to me could see in. I quickly moved the elf and circled “YES.”

Phew! Christmas is saved! Now let’s see what happens when the happy first-graders discover the Elf isn’t dead after all, no one’s in trouble, and the holiday can proceed as normal.

My kids return and joyfully run over to the elf. Then I hear another scream. A child starts crying. I asked them what was wrong. The elf circled yes. The elf still magical.

Then I looked down at the note: “Did you lose your magic? Love, Sally”

Well, you’ve definitely come to the right subreddit, the one called “Today I Fucked Up.”

Don’t worry, though. Kids are resilient. They’ll get over this.

And the regular teacher can’t really blame the substitute, here. The sub isn’t the one who brought the surveillance elf and his book-length list of Christmas bylaws into the classroom in the first place.

Good riddance to the Elf and Merry Christmas to those kids.