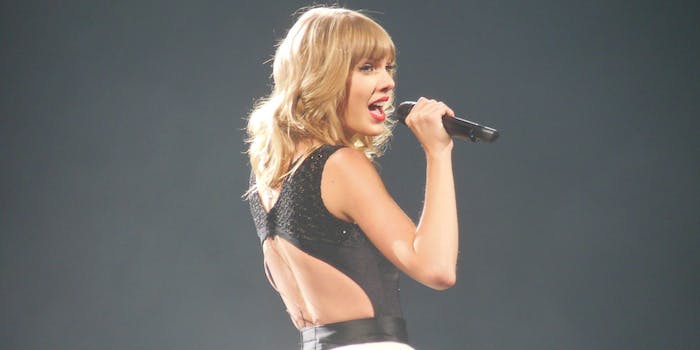 All ewe had to do was stay!

Taylor Swift might have reinvented herself as a singer who’s willing to embrace ’80s synths and overpowering pop production on 1989, but she hasn’t totally abandoned her musical past. It was the screaming goat remix of Red’s “I Knew You Were Trouble” that launched the starlet and her single into the Internet stratosphere, and thankfully for Swifties, 1989 has a track featuring the same goat.

The folks over at Vox, longing for Swift’s melodic tones mixed with the screaching of a goat, took matters into their own hands by reuniting the web’s favorite duo for a duet on “All You Had to Do Was Stay.” Maybe Tay should ditch those two cats of hers for a couple kids?