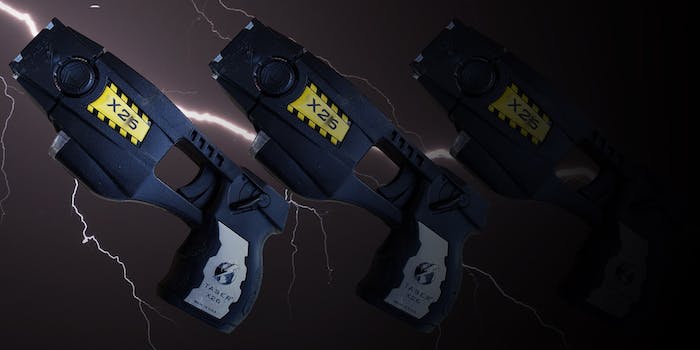 Ever see a guy get shot with a taser? It’s not pretty. Sure, it’s “non-lethal,” but the pain is excruciating, and the target is invariably left a convulsing, barely-conscious mess.

Unless you’re this guy.

What’s the context to this video? It’s unclear, and the neither the video description nor the Reddit thread where it first surfaced give any indication as to how this taser-absorbing superhuman came to be in this position.

But in the video, one of the restaurant staff give a pretty good guess: “That’s drugs, everyone.”