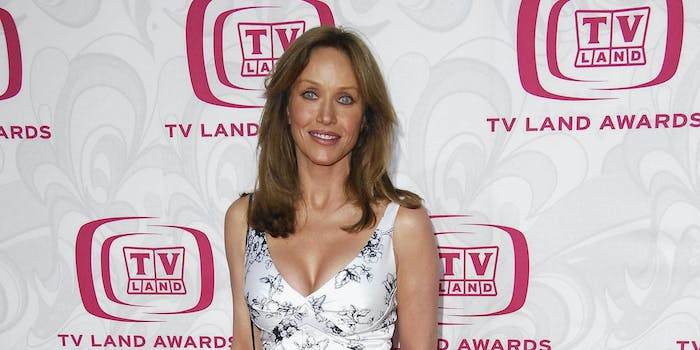 Her death was erroneously announced a day earlier.

Update Jan. 5, 12:20pm CT: The New York Times now reports that actress Tanya Roberts passed away on Monday at age 65. Her publicist originally said she passed away a day earlier, which was false.

We’ve seen many death hoaxes in which a celebrity has to confirm that they’re still alive after news of their passing spreads through parody accounts or misinformation. But for actress Tanya Roberts, who has appeared in A View to a Kill, Charlie’s Angels, and That ’70s Show, the initial mixup came from her publicist, who is now correcting the record along with one of Roberts’ former costars.

TMZ first reported that Roberts, who is 65, had died on Sunday following a hospital stay for collapsing on Christmas Eve. In confirming her death, Roberts’ rep, Mike Pingel, noted that her stay at Cedars-Sinai Medical Center in Los Angeles (which included being put on a ventilator) wasn’t related to COVID-19. TMZ even got a quote from Roberts’ partner Lance O’Brien, who said that the hospital staff even made an exception to COVID restrictions that prohibited visitors to allow him to say goodbye to Roberts after it appeared she wouldn’t pull through.

Once the initial story was released, the obituaries and tributes to Roberts from her friends and colleagues started pouring in to honor her legacy and lengthy career.

However, by Monday, TMZ corrected the course. Despite what Pingel—who was told by O’Brien that Roberts had died—had initially confirmed to TMZ, Roberts was still alive. O’Brien had been calling friends and family about Roberts’ passing, and up until Monday morning, when he received a phone call from the hospital, he believed that his partner had died.

As O’Brien detailed to TMZ, he said that Roberts closed her eyes and “faded” after he said goodbye to her but didn’t talk to her doctors after leaving Roberts’ room; he believed that Roberts had died.

“It’s a human miscommunication, unfortunately,” Pingel explained to the New York Times on the reporting of Roberts’ death prematurely. “People have been writing beautiful amazing stories on her. It’s a shame this happened.”

While outlets quickly updated their stories to include new information on Roberts’ prognosis (and corrected their obituaries), Roberts’ That ’70s Show co-star Ashton Kutcher emerged to correct former castmates Topher Grace and Debra Jo Rupp, who posted tributes to Roberts earlier in the day.

Both Grace and Rupp took their faux pas in good fun; they both shared the same That ’70s Show GIF of Kutcher’s character cheering in response.

According to the New York Times, Roberts suffered from sepsis due to an infection.