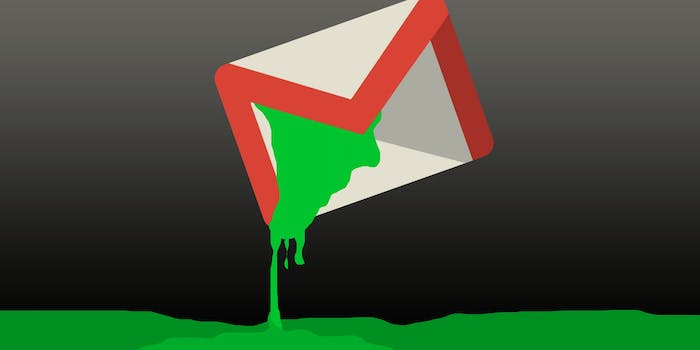 The Tangled Web: How do I respond to an anonymous email attack at work?

Poison pen sabotage via email follows this person to their new job.

Thanks to the Internet, we now have a host of new ways to offend, enrage, misinterpret, creep out, or alienate people. In the Tangled Web, we field your questions about how to be a decent human online. Have a question? Ask [email protected]

I left my old job under what I thought were amicable conditions—they had to cut budgets, I had enjoyed working there but felt ready to move on to something new, and we parted with no hard feelings (I thought). I landed on my feet with a pretty awesome new gig, and was working hard and settling in when one of the new colleagues pulled me aside and told me they had received an anonymous email warning them to “be careful about me.” They shared the email with me, and it was some pretty nasty (and all completely false) stuff. I am almost 100% sure of who sent this email—a former colleague who was, to put it baldly, a drunk with a pretty vicious persecution complex; I am guessing this person is offended by my new and better position. But it was sent from an anonymous gmail account, and tracing it is beyond me—if that’s even possible. I’m worried this poison pen emailer may get drunk again and send the email to more people—e.g., my new boss!—or worse, already has. But to bring it up proactively makes me look like I’m defending myself from ridiculous accusations that are completely untrue. I’m pretty devastated, and this feels like it’s ruining my new job. How do I handle this?

Since the idea here is that I give you advice about Internet quandaries, I feel like I ought to be telling you how to trace your poison pen’s identity (or at least IP address— what do you want to bet it was sent from your old office? Let’s all enjoy a brief retribution fantasy about getting PP in trouble with the boss for using company time and resources to spread libel. Ahhhhhh). But the truth is, it doesn’t really matter who sent the letter, or why. What matters is keeping it from doing lasting damage to your new job and your career. 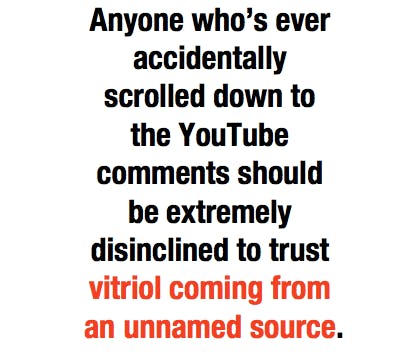 If your bosses and colleagues are even remotely Internet-savvy, you’re ahead of the game—anyone who’s ever accidentally scrolled down to the YouTube comments should be extremely disinclined to trust vitriol coming from an unnamed source. You may be able to gauge from your co-worker’s reaction whether anyone is likely to take these accusations seriously. The fact that she (I’m gonna call everyone “she” here because of Gaudy Night) brought the slam note to you instead of to your boss is a good indication that she’s giving it just as much credence as it deserves. If PP falls off the wagon again, anyone else who receives such a memo may feel the same way.

But they may not. You say that bringing it up proactively “makes me look like I’m defending myself from ridiculous accusations that are completely untrue”—but what of it? Why wouldn’t you defend yourself from attacks, even if they’re unearned and unprovoked?

I recommend getting out ahead of PP’s next salvo by alerting your boss yourself. Don’t share your suspicions about PP’s identity or motives. Simply say that your co-worker received a troubling anonymous email about you, and that you wanted to let her know about it in case anyone else was targeted by the same attacker. You don’t need to rush to say that none of the accusations are true; speak as though you’re making the very reasonable assumption that your boss, who just got finished interviewing you and calling your references, is not half-wondering whether you really make furniture out of children. (Be prepared with the name and contact info of a former colleague who can vouch for you, just in case it all goes pear-shaped.) That way, if PP does worm her way into your boss’ inbox, she’s been warned and will already know how to handle it: hit “delete.”