It's about tanning but it's also about UV protection. It makes no sense. It's awful.

With apologies to the videos once deemed the Worst Music Videos Ever, we now have a new contender. And this round, it’s truly the worst.

The latest in Least Greatest comes via Patricia Krentcil, better known as the woman who was arrested and charged with child endangerment after her sunburned daughter told her school she “went tanning with Mommy,” and her mommy looked like this: 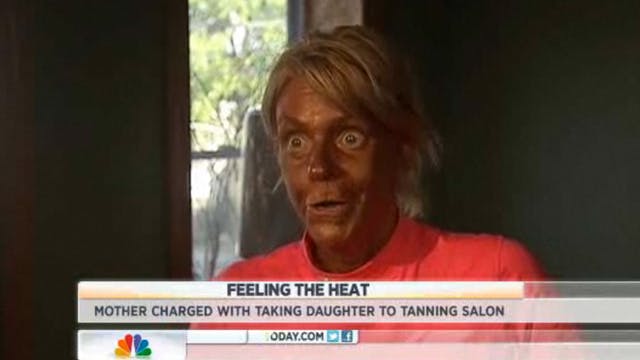 A year later, New Jersey Tan Mom decided it was time to record a pop song. Naturally, she wanted to call it “It’s Tan Mom.”

The song arrived on the Internet this weekend. The YouTube video features a slightly less tan Krentcil taking a cue from Jonah Falcon and singing about what she knows best: her dark, leathery skin.

“I’ve got a message to use protection from the sun, ha ha ha ha,” she sings at the onset of the three-minute gem. “I want to get my tan on.”

There’s also a scene in which Tan Mom slathers suntan lotion on her chest while talking about how you might get to see her “goodies.”