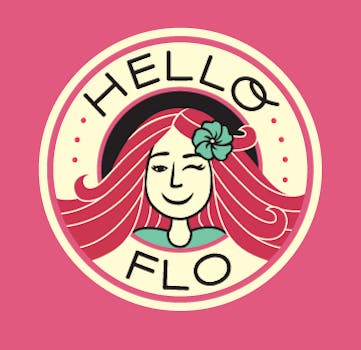 Cognizant of both dangers, I don’t know what to make of this article from The Verge: a very sincere-sounding discussing of a tampon subscription company called HelloFlo. My editors think it’s real and I don’t feel like arguing with them, even though the article starts like this:

Naama Bloom has never been quite satisfied with the way tampons are sold. “For some reason, it’s just something that drives me crazy,” she told The Verge. “First of all, the product packaging is wrong — if you need overnight pads, you have to buy a whole box that’s going to last you all year. It seems so simple to just create a multi-pack that actually makes sense.”

Does Naama Bloom shop exclusively at bulk-purchase warehouses? Because those are the only places where I’ve seen various female-reproductive-system detritus-absorption products sold in quantities intended to last anywhere near 12 months at a time. Where does she shop that doesn’t already stock multi-packs of various supplies?

Some nameless drugstore, according to the HelloFlo “About” page:

One day, after yet another lunch time [sic] run to the drugstore for an emergency box of tampons I decided there had to be a better way to manage my period. I didn’t want trek [sic] through my office with a practically see-through plastic bag with tampons; I didn’t like being surprised (again) when my period hit; and I didn’t want to add to the three half-used boxes of tampons and pads under my sink.

I could not find the words “purse” or “briefcase” in The Verge story or on the HelloFlo website. Maybe that explains Bloom’s apparent inability to move some of those under-the-sink tampons and pads into her purse or briefcase and thence to a desk drawer at the office, so she can be prepared next month when her regular predictable biological functions make her surprised (again).

Or perhaps she’s just prone to forgetfulness in general. Hopefully “lack of attention to detail” won’t prove a problem for anyone seeking to become a successful entrepreneur. I hope so, because the more attention you pay to HelloFlo’s details, the less sense they make. Consider this bit “About” the company:

“Helloflo was born to deliver just what a woman needs when she needs it.”

That’s simply not possible, not for the type of woman whose chief feminine-hygiene problem is “I have no difficulty affording supplies and there’s plenty in my bathroom at home; I just keep forgetting to take any with me when I leave my house.” The chance of the deliveryman showing up with the latest month’s cache mere minutes before they’re needed are slim indeed.

“We do it with care and appreciation for the sensitivity of this purchase.”

This claim from the About page sounds like a good thing, for those women and girls who still feel embarrassed at the thought of buying feminine supplies in public (especially from male cashiers).  And when HelloFlo’s FAQ page asks “Is the box discreet?” it goes so far as to assure potential customers: “Absolutely. Feel free to get it sent to your office.”

No. Do NOT get this sent to your office, not if you’re the type of woman who worries about being “discreet” yet hates drugstore purchases because you’re forced to carry a “practically see-through plastic bag [filled] with tampons” through your office because, for all your alleged concern about “discretion,” you still do not own a purse or backpack or briefcase or fannypack or eco-trendy reusable shopping bag or any of the countless other opaque cloth things used to carry stuff available on the market.

If discretion is your chief concern, then having an aggressively discreet mystery package sent to your office every four weeks like clockwork—a box whose contents you presumably do not wish to discuss with your co-workers, since you’re so worried about being discreet—is a cataclysmically counterproductive idea.

Another question-and-answer from the FAQ page: “Can I send this as a gift?” “Of course. Just make sure the shipping address goes to your designated recipient.”

This has to be a joke, right? Sure, you can gift a tampon subscription to a woman or girl in your life, same way you can give anybody the gift of toilet paper, deodorant, dental floss, tooth-whitening strips, hemorrhoid cream, athlete’s foot spray or a full-color photograph of yourself picking your nose and using the pickings to write “Hope you like your gift” on the accompanying card—anyone’s capable of doing such things, there’s just no sane or socially acceptable reason anyone should.

On the other hand (again, assuming this whole tampon-subscription thing isn’t a giganto prank being played on us), maybe Bloom’s idea isn’t as eyeroll-inducing as I think. The Verge reports:

Bloom has a lot of competition in the tampon subscription space. In September, Juniper launched for the high-end market with a discreet box of tampons, pads, pantyliners, and “indulgences” such as chocolate and tea for $28 a month. Then in November, My Cotton Bunny launched with a box of tampons or pads and a surprise gift for $13.75 a month. Le Parcel launched in January, offering a box of tampons, pads, chocolate, and a gift for $15 a month. There’s also Sent Her Way in California, Perfect Timing in New Jersey, and Trinkets in the UK.

It’s a bit surprising to see so much action around tampon subscriptions, since the mostly male venture capitalists in Silicon Valley like to fund products they can use themselves.

Oh, hell. Now I feel bad, not to mention unenlightened and anti-feminist, for getting annoyed and thinking “How freaking difficult is it to keep a couple spares in your purse?” and “How is a mail order subscription supposed to help you if you can’t?” when I should have been thinking “Huzzah for women’s equality and entrepreneurial spirit something something the Sisterhood.”

Fine, then. This is really great, and if you’re a woman who has lots of disposable income plus difficulty planning ahead, you should totally consider buying a tampon subscription (assuming it’s an actual genuine non-joke thing).