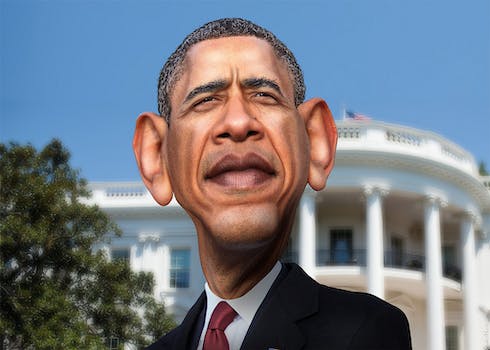 The president is ready to fight.

This was not the address of a president whose party suffered a historic shellacking in the most recent set of midterm elections, but one whose approval rating has reached 50 percent and is emerging as a tough, creative statesman during his lame duck years. There was no attempt to apologize, no undercurrent of defensiveness, no sense of feeling beleaguered. As Obama enters the final quarter of his presidency, he has made it clear that he intends to position himself as a strong leader.

And Obama did acknowledge the full range of LGBT, and notably mentioned bi and trans. See, words have power. That's huge. #SOTU

Best wishes for a speedy recovery to @SpeakerBoehner who was obviously passing a kidney stone last night during the #SOTU.

This is what a successful @Obama presidency, as highlighted by the #SOTU looks like… pic.twitter.com/H3NT3dNxR2

#SOTU showed us last night no matter how much good you do….there's still some people who won't clap for you!

Here are the five most important ways Obama got it done last night.

1) He was confrontational toward Republicans

The line from last night most likely to be remembered deserves to be detailed in full. It began when Obama told Congress, “I have no more campaigns to run.” After Republicans responded by laughing and applauding, a twinkle appeared in his eye as the president added, “I know ’cause I won both of ’em.”

This may have been the funniest line of the evening—it’s certainly the one that will stand out when historians look back on this speech, akin to Rep. Joe Wilson’s heckling of Obama’s 2009 health care reform speech; however, as far as proverbial throwings of the gauntlet go, it was hardly isolated. Instead of simply telling Republicans that they shouldn’t threaten the economy with partisan government shutdowns or stymie progress on issues like immigration reform and Wall Street regulation, he told them that if they sent bills to his desk to do these things, they will “earn my veto.”

As a rebuttal to conservatives who insist that there is no need to raise the minimum wage, he further issued the challenge that if they “truly believe you could work full-time and support a family on less than $15,000 a year, go try it.” These jabs and others like them cast Obama in the role of pugnacious progressive rather than shrinking violet, even though the latter would have normally been anticipated after the 2014 midterms. Of course, in the campaigns when Obama himself was on the ballot, he did “win both of ’em.”

2) He showed the human side of his agenda

When the president awkwardly transitioned into an anecdote about a Minnesota couple who had slowly recovered during the darkest days of the Great Recession, Congress initially responded with a knowing laugh. Politicians are used to the poignant “ordinary citizen” stories that are a staple of American political rhetoric, so much so that they react with knowing cynicism when it’s clear they’re about to make another appearance.

Obama’s segue into the story of Rebekah and Ben Erler may have been awkward, but his point was still well-taken. More importantly, it was politically essential; for Obama to succeed, he must establish himself as a champion for the little guy against forces that he or she can’t control; as Obama himself put it, he needs “to restore the link between hard work and growing opportunity for every American.” The theme of middle-class economics appeared repeatedly, and the Erlers’ narrative helped drive the point home.

3) He focused on fairness

The word “fair” appeared eight times in Obama’s speech ( e.g., “Make sure everyone gets a fair shot,” “It’s not fair to them,” and “As Americans, we don’t mind paying our fair share of taxes, as long as everybody else does, too”). Because Obama’s economic agenda includes boldly progressive initiatives like providing free community college for all academically eligible students, raising the minimum wage, and subsidizing child care costs for impoverished families, it was necessary to preemptively rebut the anticipated attacks on these proposals as being “socialistic.”

The same principle explains how he justified his plans to increase business regulations or raise taxes on the wealthy. Many Americans may be reluctant to openly criticize the humanitarian flaws of under-regulated capitalism, but it’s quite a different matter when you appeal to their basic sense of fairness.

4) He wasn’t shy about promoting his accomplishments

Because he entered the presidency with vast expectations, it has been fashionable for conservatives to claim that Obama has failed—indeed, to do so even before he had been in office long enough to actually accomplish anything positive or negative. In last night’s speech, however, he rattled off an impressive list of achievements: The economy is growing at a rate unseen since the booming ’90s, our unemployment rate is lower than it has been since before the financial crisis, Obamacare has insured more Americans than ever before, and our troop levels in Afghanistan and Iraq are 1/12th of what they had been when Obama took office.

This was more than mere bragging. ABC News perhaps put it best when it described this tendency as “the big turn—from ‘yes we can’ to ‘yes we did.'” For Obama’s presidential legacy to be secured (not only in terms of his own administration but the ability of future presidents to pick up his torch after he has left office), it is essential that he not allow its strengths to fade into the background or go entirely unnoticed. By devoting the entire introduction of his speech to framing his presidency within this positive light, Obama has advanced an argument that is long overdue—namely, that he has been a very, very good president.

5) He tried to bring everyone together

It’s easy to lump this in with his confrontational stance toward Republicans, but whereas the aforementioned jokes and jabs were intended to display a fighter’s spirit, the close of Obama’s speech was an eloquent attempt to appeal to America’s more virtuous angels. This could be referred to as the “better politics” section of his speech. He called for Americans to “appeal to each other’s basic decency instead of our basest fears,” where we don’t demonize our opponents but “talk issues, and values, and principles, and facts,” where we have substantive arguments instead of attack ads and find common ground on issues like women’s rights, immigration reform, and racial profiling instead of torpedoing all progress over those areas where we disagree.

The “better politics” section of Obama’s speech wound up closing the entire State of the Union address, which in retrospect seems very appropriate. After all, as Obama himself noted, the speech at the 2004 Democratic National Convention that transformed him overnight into a national figure had been focused on drawing Americans together by bridging regional, racial, political, and other polarizing differences. As his presidency draws to a close, Obama wants to make it clear that he has not lost sight of that mission. One way to do that, naturally, is to project an image of strength when advancing your agenda. In last night’s speech, Obama did exactly that.