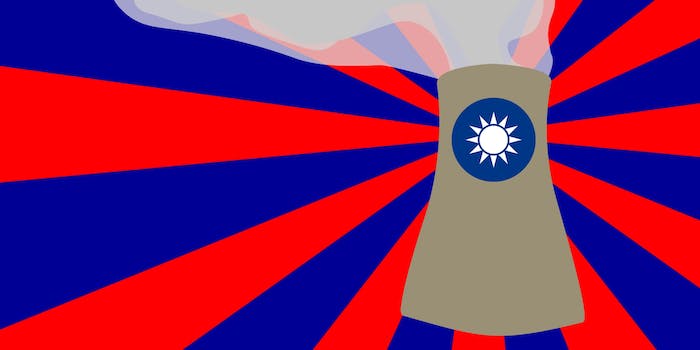 One activist is calling for an investigation of whether it was an improper use of taxpaer money.

The Taiwanese government knows that to win a PR battle, you need search engines on your side.

Taiwan’s Bureau of Energy admitted to spending that much to buy advertisements on Google and Yahoo searches for its own pro-nuclear power website, Taiwan Apple Daily reported Wednesday.

Those ads showed up when a user searched for 92 different terms related to the debate. 63 of them are related to nuclear power; 29 of them are individuals’ names, many of them anti-nuclear advocates. According to a Global Voices report, a Yahoo or Google search for a number of prominent activists now brings up the government site as the top result.

According to the Taipei Times, Lee Cho-han, executive director of the Nuclear-Free Homeland Alliance, first discovered the practice when he searched his own name and saw the government site as the top result.

Jay Fang, chair of the Green Consumers Foundation, wrote that the practice was “despicable,” and called for an investigation into whether taxpayer money was used to buy advertisements for propaganda purposes.

The Bureau has since stopped buying the ads, and they stopped showing up Tuesday, the Taipei Times reported.