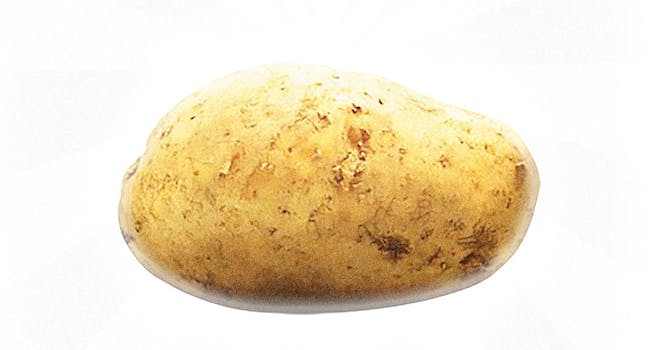 Want to buy the world’s most important potato?

Swedish people are auctioning a big potato, so get on that.

The humble potato, a historically important foodstuff that once fed entire populations, no longer gets the credit it deserves. But how to restore it to its former glory? A group of Swedes has launched a campaign to create The World’s Most Important Potato, sell it for a lot of money, and donate the proceeds to charity.

Their website, viktigastepotatisen.se (“main potato,” according to Google Translate),  is blowing up on Reddit’s r/sweden, which is also known as “Sweddit.” The potato is ready for the bigtime.

Thus far, the high bidder for this very important potato has offered 655 Swedish kroner, or about $70. When the auction ends, the money will all go to Musikhjälpen (Music Aid), a well-known radio fundraiser where three Swedish celebrities spend 144 hours locked in a glass house. Viewers and listeners can send in song requests in exchange for a donation to that year’s charitable cause.

In 2016, the cause is schooling for kids in war-ravaged countries. So far, the potato is worth somewhere between 3 and 13 song requests.