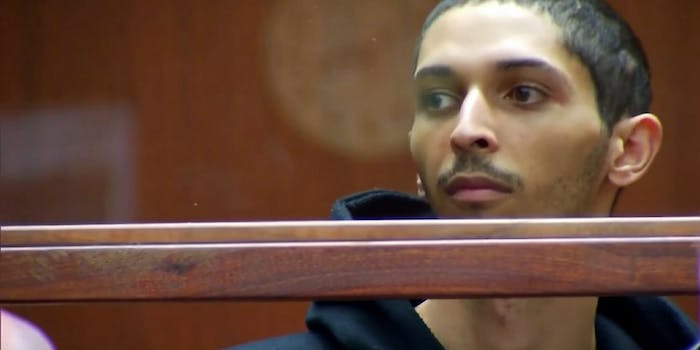 The man who allegedly made the SWAT call that resulted in the death of a 28-year-old Wichita resident Andrew Finch has been charged with involuntary manslaughter.

According to CNN, Tyler Barriss, a 25-year-old Los Angeles resident, has also been charged with false alarm and interference with a law enforcement officer in the “swatting” death of Finch. His bond is set at $500,000, and his next court appearance is Jan. 25.

Speaking to YouTuber Keemstar about the incident after Finch’s death, Barriss, who went by the name @SWAuTistic before his Twitter account was shut down, said he was contacted by a gamer to prank another gamer after the two had gotten into a feud over a $1.50 wager over the video game Call of Duty: WWII. His target, however, had given the person who commissioned Barriss to do the “swatting” a false address in Wichita.

Barriss had called police, alleging to be a resident of the address who had taken several family members hostage and was planning on shooting them and setting the house on fire. When police arrived at Finch’s house, he was shot moments after he opened the door and “moved his hands to his waistline,” according to Wichita police. Finch was completely unrelated to the feud and didn’t play video games.

In his YouTube interview, Barriss did not take responsibility for his actions, and offered up no identifying information other than alleging he was 18 years old and didn’t have parents.

“I didn’t get anyone killed because I didn’t discharge a weapon and being a SWAT member isn’t my profession,” Barriss had also tweeted.

Barriss was arrested in 2015 for calling in fake bomb threats to CNN affiliate KABC, for which he received a two-year sentence.