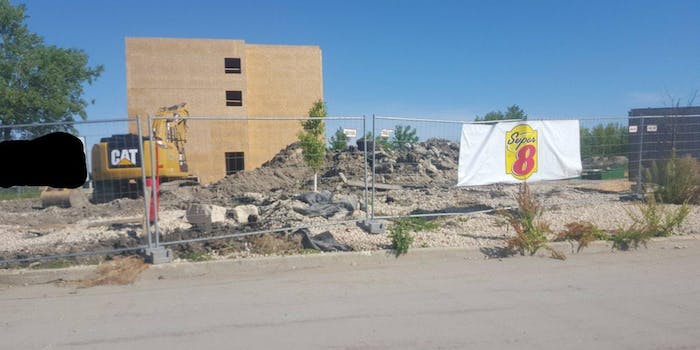 Super 8 Motel torn down because of uninvited guest

We can't blame them.

There are a couple of things that would definitely call for demolishing and rebuilding a place like a motel. Perhaps it’s tons of asbestos in the walls, or maybe a fire ravished the building.

Meanwhile, one Super 8 location had a totally understandable, eight-legged reason for starting fresh. Imgurian admiralskippy posted photos of their local motel getting rebuilt, with an explanation provided by the still-standing marquee.

A single spider? Yep, we get it.