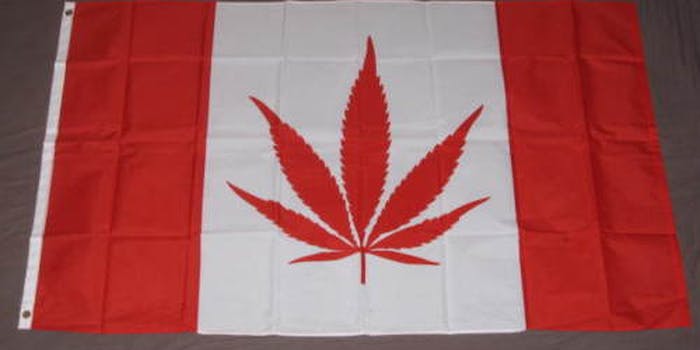 At least the cops had a sense of humor about it.

“Aspiring mechanic” Sunith Baheerathan, 20, was apparently looking for some pot to get him through the day at a Vaughn, Ontario, auto shop. 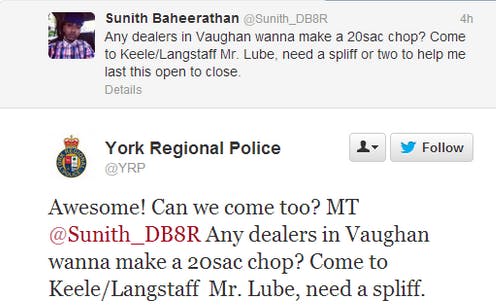 @BRITTVNY I’m in fucking tears. I just caused a whole controversy over one a tweet. People really do take tweets serious

Update: On Wednesday afternoon,  CBC News confirmed that Baheerathan was no longer employed by Mr. Lube. He’s since deleted his Twitter account.