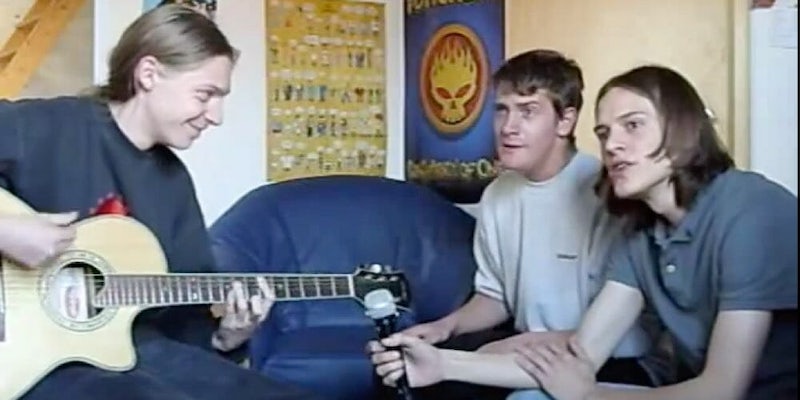 The biggest thing on Reddit today is a throwback dorm-room cover of Sugar Ray’s 1999 hit “Every Morning,” performed by  a trio of extremely chill German college students. Their adorable version of the song was uploaded to YouTube in 2008, but judging by their style, the video quality, and the Offspring Conspiracy of One poster on the wall, this was recorded circa 2001.

This gem by “SamSayonara,” “Raizerblade,” and “JackDaRip08″—oh, the whimsical screennames of the aughts—sat largely undiscovered for years until it was posted to Reddit’s r/videos Sunday under the headline “This college dorm Sugar Ray cover just made my day. So wholesome.” Wholesome good times and nostalgia are apparently in demand right now, because the cover video shot up to the top of r/videos and now has more than 100,000 views.

The comment thread is also worth checking out, because discussion centers on two things: the challenges of imitating songs that aren’t in one’s first language, and the time Sugar Ray singer Mark McGrath became enraged at a teenager who called him “Sugar Gay.”

Finally, an eloquent response to the clearly obvious… https://t.co/EvyqoNsuFk

Maybe it’s not as wholesome as everyone on Reddit is making it out to be.