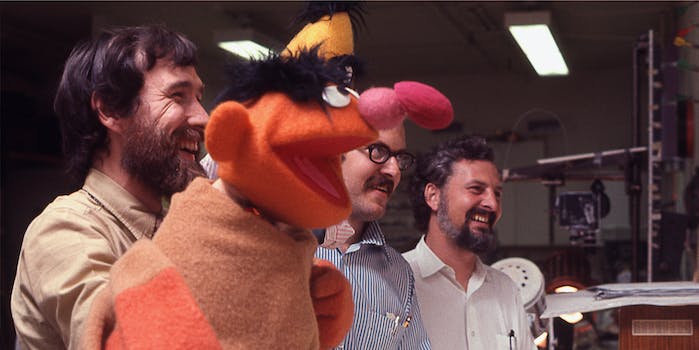 Street Gang: How We Got to Sesame Street/Screen Media

‘Street Gang: How We Got to Sesame Street’ is a sweet but dense foray into the show’s early years

A deep-dive into the show that helped revolutionize children's television.

There is an argument to be made that Street Gang: How We Got to Sesame Street, which delves into the often radical history of the long-running children’s program, could be even longer than it is. Spanning from Sesame Street’s origins in the late ’60s to Jim Henson’s death in 1990, Marilyn Agrelo’s examination of the groundbreaking series is incredibly dense.

Street Gang: How We Got to Sesame Street

As a result, its attempts to shine a light on many of the technical aspects on top of the creative and historical ones make the overall picture feel a bit unfocused. But even in the non-Muppet chaos of Sesame Street, there’s so much palpable joy and love from just about everyone involved that it doesn’t take much to be swept up in it all of its earnestness.

For decades, children have had two major touchstones when it came to children’s educational programming: Mister Rogers’ Neighborhood and Sesame Street. We’ve already seen the legacy of Mister Rogers’ Neighborhood explored in-depth in the 2018 documentary Won’t You Be My Neighbor?. Street Gang explores a similar story in that the masterminds behind Sesame Street wanted to meet children where they were to help educate them, in front of a TV.

The people behind it, such as creator Joan Cooney and director Jon Stone, made efforts to market the show to Black children living in cities in particular (who they saw as their main audience). When a pre-Muppet Show Henson was brought on to introduce Muppets into the fold, they quickly became part of the show’s fabric after kids connected with them.

Featuring interviews with many of the writers, directors, musicians, actors, performers, and guest stars who helped shape Sesame Street to what it became paired with behind-the-scenes footage, Street Gang paints a vivid picture of a show that was radical for its time—and one that Mississippi officials tried to ban from airing on PBS until commercial stations decided to air the show instead. According to composer, lyricist, and writer Christopher Cerf, Sesame Street was able to convey the fact that Sesame Street itself was “a neighborhood where people of all races, kids and adults and monsters lived together.”

For actors like Emilio Delgado (Luis) and Sonia Manzano (Maria), being able to play nonstereotypical roles was groundbreaking, but sometimes, those groundbreaking foundations had limits. Early on, Matt Robinson, a Black activist and the original Gordon on the show, introduced a Muppet named Roosevelt Franklin. But Roosevelt was dropped from the show after Black parents complained about the character perpetuating stereotypes, something that Robinson found frustrating.

As Street Gang explores through its view of Sesame Street’s various aspects of production, the radicalness also came in its refusal to baby the children who watched it. (For example, when a long-time cast member died, his character died on the show, which led to Big Bird learning about death.) But even as Street Gang depicted the show’s fight to be available to everyone, there’s an unspoken irony about Sesame Street today. New episodes air first on premium cable’s HBO (HBO Documentaries is a producer on Street Gang) and streams on HBO Max for a full nine months before they air on PBS.

But Street Gang is also a warm and funny view of the world within Sesame Street, one that often sought to capture the world as it was—but also what it could be.

Street Gang: How We Got to Sesame Street is now available on VOD.