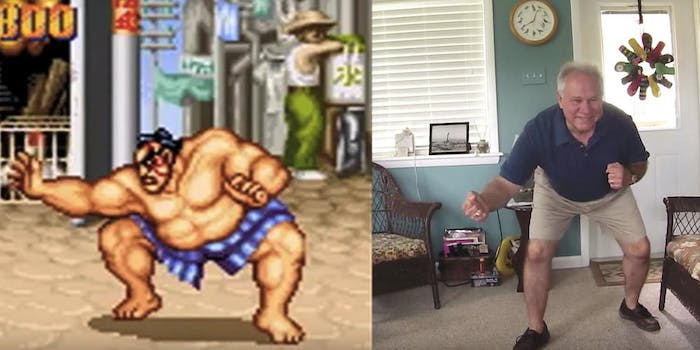 Wouldn't want to face him in a match.

Street Fighter II may have been released in 1992, but it’ll forever remain in our hearts. Especially with this lovable dad reenacting all the classic victory poses from our favorite Capcom characters.

Nick Luciano filmed his father embodying the likes of Chun-Li and E. Honda in their winning stances—everything from pumped fists to attempted levitation. And it’s all done in total dad fashion.

Luciano writes in the video’s top comment, “Thanks everyone for the nice comments! They bring my Dad a lot of joy. He’s always shocked and is never expecting such a warm response.”

This duo did something similar a few months ago, acting out the taunt animations from Super Smash Bros. Wii U.