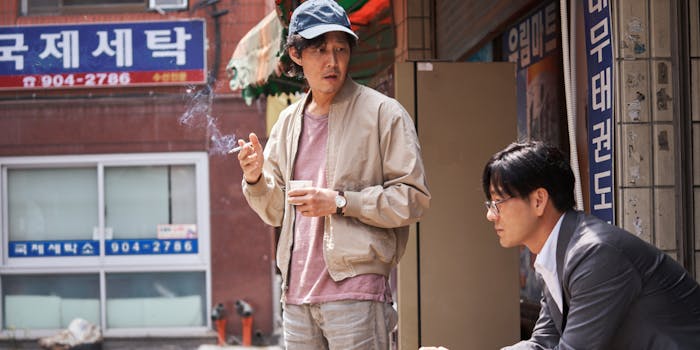 This week in streaming: Why you should be watching ‘Squid Game’

Plus: October kicks off with 'Venom: Let There Be Carnage' and 'Titane.'

October: Let there be cinema

Is Venom: Let There Be Carnage, aka Venom 2, the light at the end of the tunnel?

The movie brought in more than $90 million on its opening weekend, a record for the pandemic era, after its release date was pushed back a few times. That’s promising, since October is stacked with big theatrical releases (some of which will also be on streaming): Dune, No Time to Die, Halloween Kills, The French Dispatch, Last Night in Soho.

But it also makes me hopeful that more people will see the less mainstream films out this fall, like Titane (more below), which offers the kind of complete sensory immersion you can only get in a theater.

Award-winning columnist William C. “Bill” Rhoden’s collegiate journey began at Morgan State University. Almost four decades since Rhoden became a celebrated columnist, he looks back at the rise of HBCUs during his career. Rhoden, along with the help of the Rhoden Fellows, a team of aspiring HBCU journalists, explore the rich history and culture of HBCU football.

Why everyone needs to watch Netflix’s Squid Game

Watching Squid Game, I kept thinking about the psychology of casino design. Slot machines are the classic example; a simple game that provides a hypnotic kind of stimulation. Using cheerful music, flashing lights, and jingling coins, these machines turn small victories into a habit-forming sensory rush, overshadowing the likelihood of long-term losses.

Video game designers utilize similar strategies to make loot boxes as addictive as possible. In Squid Game, this effect arrives in the form of a gigantic perspex piggy bank, descending from the ceiling with a fanfare of casino noises. It’s the prize in a high-stakes gamble involving human lives.

The main characters of Squid Game are contestants in a perverse kind of game show, offered a simple choice: Return to the drudgery of their lives or risk death to win the contents of that piggy bank. At first, the answer seems obvious. Out of 456 contestants, only one can win the prize while the rest will probably die. They should clearly go home, a decision they can collectively make by democratic vote. But as the piggy bank emerges like a gleaming pop-art deity, lit with a shiny golden glow, these desperate gamblers can’t help but be seduced.

Created by writer/director Hwang Dong-hyuk, the Korean thriller series Squid Game is an international hit for Netflix, spreading by word of mouth (and word-of-TikTok) while also garnering critical acclaim. Blending survival horror with social commentary, it explores the ways in which capitalism turns people into monsters—while also being extremely entertaining TV.

Titane is an unparalleled film full of looks and feels

It’s been a good long while since I was surrounded by an audience collectively uttering “Oh my god” or “No no no,” or covering their eyes in anticipation of what came next. Julia Ducournau’s new film, Titane, is a rush. It’s a gutting experience that washes over you in waves. This is cinema.

That said, going into Titane knowing as little as possible is ideal; it’s not the kind of film that lends itself to a quick blurb, though some have tried. Ducournau’s follow-up to 2016 cannibal thriller Raw, Titane already had buzz around it before opening this year’s Fantastic Fest—it won the Cannes Film Festival’s Palme d’Or, making Ducournau only the second woman to receive the honor. There’s also Oscar buzz around it, and much of that is due to newcomer Agathe Rousselle, who plays Alexia.

Titane has two distinct halves: Once Alexia is revealed to be, as Ducournau described after the Fantastic Fest screening, “a walking death drive,” she’s forced to flee and we meet Vincent (famed French actor Vincent Lindon), a sad-eyed veteran firefighter who’s still grieving his missing son, Adrien. Alexia hatches a plan to avoid detection: Transform herself and come forward as Adrien. Rousselle’s physical performance of this is stunning, and Lindon’s assessment of the person he desperately wants to believe is his son is heartbreaking.