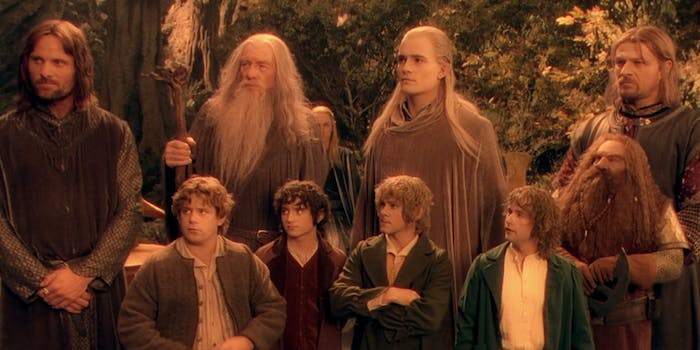 This week in streaming: The Golden Globes fallout, back to Middle-earth

The exhaustion of watching the 2021 Golden Globes

This year, the Hollywood Foreign Press Association confounded with many of its picks, including nominating Minari, an American film, for best foreign-language film because the film is primarily in Korean. It snubbed projects from Black artists like One Night in Miami…, Judas and the Black Messiah, and Ma Rainey’s Black Bottom for the top prize—and snubbed I May Destroy You and Da 5 Bloods entirely. (Most puzzlingly, it nominated the truly offensive film Music twice.) But an explosive Los Angeles Times report revealed the organization had zero Black voters (and hasn’t for at least 20 years) as well as its long history of accepting bribes and self-dealing (the latter which could possibly explain Emily in Paris’ nominations).

As a result, just about everyone, from hosts Tina Fey and Amy Poehler to many of the night’s winners, called out the HFPA for its lack of diversity while the other revelations were left untouched during a ceremony that felt overly long (even if it wasn’t). It was effectively a Zoom call rife with technical issues that, as Fey joked, probably could’ve been an email.

Why it matters, even if people think awards shows are ‘stupid’

We’ve all heard the argument, particularly when our favorites aren’t nominated or don’t win big awards. “Look, we all know that awards shows are stupid,” Fey noted during the monologue while Poehler commented out that “a lot of flashy garbage got nominated” by the HFPA, “but that happens, OK? That’s, like, their thing.” Jane Fonda drove that point home minus the jokes as she accepted the Cecil B. DeMille Award later in the night. By name-checking many of the projects that moved her this year, she highlighted the effect that being a more inclusive industry can move us forward.

“Doing this simply means acknowledging what’s true,” Fonda said. “Being in step with the emerging diversity that’s happening because of all those who marched and fought in the past and those who’ve picked up the baton today. After all, art has always been not just in step with history but has led the way. So, let’s be leaders, OK?”

13 casual dating apps that only ask for your confidence

Ready to return to the dating world post-vaccine? They’re booming, so now is a good time to sniff around. Our casual dating guide will come in handy for those looking for the TL;DR.

The Lord of the Rings, 20 years later

This is a monumental year for pop culture. It’s the 20-year anniversary of several beloved film franchises. That is especially true for The Lord of the Rings: The Fellowship of the Ring, of which screengrabs and GIFs of the film are still regularly used on social media. Although the anniversary of Fellowship of the Ring is on Dec. 19, we decided to rewatch the film early since we’re still in a pandemic and what else are we going to do? Below is a snippet of our conversation. The full article will be on our site Thursday.

Do you see any noticeable impact on culture/memes since the ‘LOTR’ movies become available to stream?

Anna María, social media editor: It’s actually funny how utterly unequipped I am to answer this question because I am almost always consuming Tolkien content, one way or another.

Gavia Baker-Whitelaw, staff writer: I didn’t notice any big uptick in memes etc… LOTR already feels so embedded in the cultural consciousness, and a lot of the biggest ones are like 15+ years old.

Michelle Jaworski, staff writer: I think the memes have always been there. LOTR fandom was such a big part of early 2000s internet for me and even early Tumblr.

What is the most memorable line/scene from this movie?

Gavia: Aragorn sitting in that bar glowering at people like a grungepunk cottagecore babe. Honestly, it’s wild how many moments in this film feel genuinely, no-exaggeration, “iconic.” There are like 20 scenes with that status.

Audra: When they say the name of the movie in the movie. Also, the Balrog scene.

Michelle: I was mouthing the “You shall not pass” scene as I watched it.

Anna María: Boromir’s death. No contest, for me. Absolutely one of the most devastating and well-executed (ha) deaths in fantasy history—Jackson actually improved upon the book in this regard.

A single line from last week’s WandaVision is striking a chord with fans, but it’s not the kind of snappy Marvel reference you might expect.

When Vision asked Wanda, “What is grief, if not love persevering?” it resonated with many people’s own experiences, drawing together disparate strands of WandaVision‘s depiction of trauma. Fans have spent a long time with these characters, and WandaVision is a story about mourning the death of a loved one.

But thanks to the ubiquity of Marvel fandom, some people get annoyed by the constant deluge of stan posts complimenting every element of the franchise. It’s the new version of people angrily replying “Read another book!” to any viral post that uses Harry Potter as a political reference.

You can see where the complaints are coming from. Disney has turned the MCU into an inescapable cultural presence, but the franchise generally isn’t very interesting from an artistic perspective. When a fan goes viral for praising the cinematography of a movie like Avengers: Endgame, film buffs see it as a depressing example of Disney shoving high-quality indie cinema out of the public consciousness.

The divisive response also demonstrates how Twitter pits people against each other. Under other circumstances, some viewers would love this episode, some wouldn’t, and that would be that. But Twitter is designed, algorithmically and culturally, to make people post strong reactions to trending topics. Since WandaVision is a popular show with a lot of Very Online fans and haters, this one line of dialogue sparked a factionalized argument that played into people’s pre-existing beliefs about Marvel media in general.

Now Playing: “May It Be” by Enya