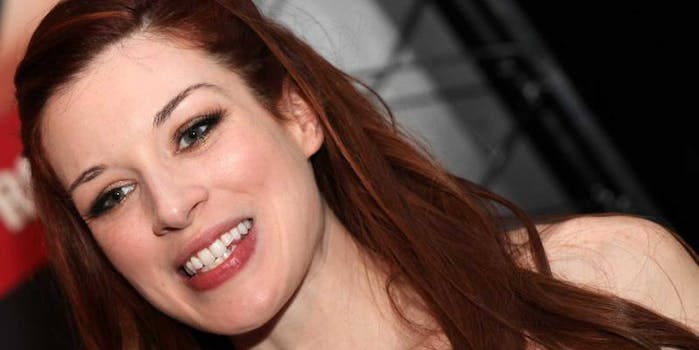 Stoya's dad is mad because he can't stream smut without seeing a sex toy modeled after his daughter's ladyparts. There's a solution.

The 27-year-old adult actress, recently profiled by Amanda Hess in the Village Voice, told HuffPost Live’s Ricky Camilleri that her father was none too pleased with the fact that he could no longer visit some of the Internet’s most popular porn-streaming sites.

For the unfamiliar—and, really, in this day in age, that’s kind of impressive—a Fleshlight is a sex toy created for men meant to resemble a woman’s nether regions.

One piece of advice to Stoya’s dad: install AdBlock.