A highly scientific study conducted online by a random U.K.-based discount coupon website called Vouchercloud.com recently polled 2,412 people in long-term relationships to find out whether men have periods too.

The results of the study, widely reported in the media, showed that 26 percent of the men polled (half the 2,412 respondents were male, the other half being their female partners) said they suffered monthly symptoms ranging from irritability and mood swings to bloating and increased appetite. Basically, guys are experiencing some version of premanstrual syndrome. And even more interesting is the fact that 58 percent of the women surveyed said they totally believed their boyfriends and husbands have man periods.

There’s even an author who specializes in the subject of “irritable male syndrome” and studies hormonal changes that can instigate man-opause later in life. According to Jed Diamond, biochemical fluctuations can happen to men on a monthly basis too, hence the travails of IMS.

Despite this incontrovertible proof of man periods, though, there are some people who just won’t believe a thing until they see it. That’s why scientific experts here at the Daily Dot have carefully combed through the endless online cache of cheap, watermarked stock photography in order to find evidence that guys are indeed suffering from the Curse. We’ve listed them, for convenience, according to symptoms that commonly occur in old-fashioned woman periods as well.

See? This guy is sticking his finger down his throat. Because he feels icky. Because man periods. And maybe because of that hat. 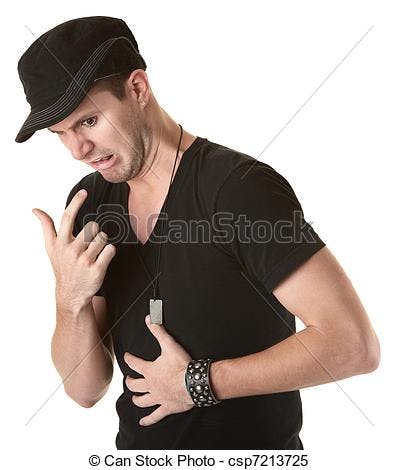 This guy is mad, mad, mad. Because hormones, which are part of man periods. Or maybe it’s because he’s in the section of this stock photo site that is actually titled “angry African.” What even… ? 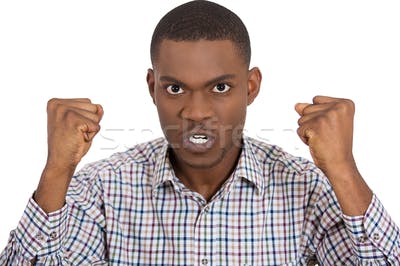 This man is bloated, because man periods, which make him feel like a huge fucking whale. Don’t look at him right now, OK? Matter of fact, don’t even think about him. Why doesn’t any of his clothes fit? Do you still think he’s pretty? You hate him, don’t you! 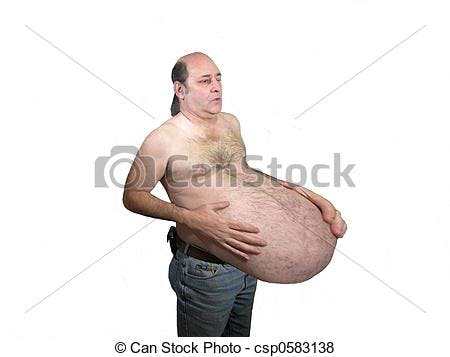 This man period-having man has cramps so violently painful that he’s looking upward to the heavens, begging the gods to explain to him how it is possible that someone can be struck with such an insane level of sheer nerve pain each month for so many years and yet still live. He also wonders if it’s possible that somehow he forgot about eating ten thousand tiny, sharp knives that are now carving their way out from inside his uterus (er, man uterus), or if he’s maybe been possessed by the ghosts of some kind of evil Keebler elves who are using hacksaws and industrial power drills to demolish his reproductive tissues from within. He has begun to understand the martyrdom of medieval saints and why the Puritans thought witches were possessed by devils, because these cramps are so bad his eyes roll back into his brain and he starts uncontrollably screaming in another language he does not even speak. Because man periods. This man is the only happy man on our list, because he is responding to his man period’s dire insistence that he stuff all the fried things into his face at once while reclining in a sort of neoclassical painting position. Because all things are good that are fried. 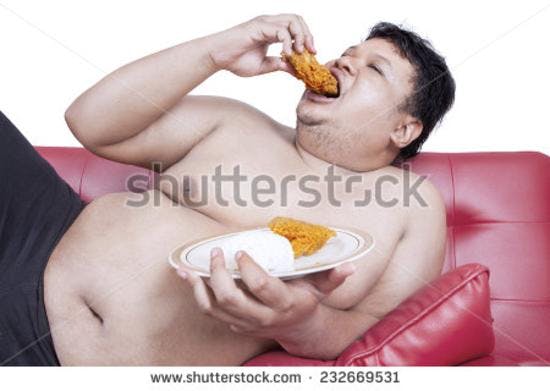 This man has his man period, which does not mean he is covered in blood head to toe. It also doesn’t mean that he somehow manages to bleed through a tampon and a pad, then through his American Apparel winter leggings, then a miniskirt, and finally into the goddamn chair at work—how embarrassing. It also doesn’t mean that no matter how many times he’s tried to find the perfect configuration of enormous winged pad and super-tight underwear, and maybe a towel, he always managed to wake up in bloody sheets. This man has man periods and thus does not tend to look down when going to the bathroom and nearly shriek in horror because what he sees looks as much like the actual scene of a murder as he can imagine one looks like without having ever actually been to one. And he doesn’t sometimes come back from the bathroom at the office to his desk to just then realize that not all the blood got washed off his hands, and some is in fact encrusted under his fingernails, which definitely makes him look like a serial killer. Man periods! 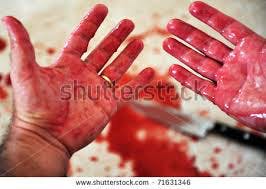 Here is a photo of a man standing behind a stack of bills and receipts for the approximately $18,171 that it costs to have periods for the average fertile duration of a lifetime. According to a very frugal economics breakdown by the Huffington Post, a period-having person will spend good money on tampons, pads, Midol and other pain relievers, chocolate, new underwear due to blood stains, acne medication, heating pads, and birth control to try and alleviate PMS and heavy bleeding. That’s not factoring in heavy pads for nighttime use, crazy-heavy pads for postpartum bleeding, replacement of bedsheets, towels, and ruined pants, stain removers, medical care for endometriosis and other menstrual complications, reusable pads, cups and sponges for the environmentally conscious, and close to ten million french fries. This man is getting a visit from Aunt Flo, which means his hormones are going to make him cry nonstop for the next 42-78 hours, making the people in his life wonder if perhaps he is suffering from mental illness, which then makes him wonder that as well, because he just feels so terrible, and there’s no explanation for it, so he goes to a doctor and is given a prescription for every kind of drug, which he then dutifully takes even though the exact same thing will happen in roughly 21 days. Because bitches be crazy. And also man periods. 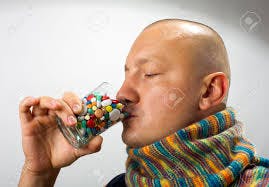 See? There you have it, indisputable photographic proof that man periods are definitely a thing. Thank you, internet science.