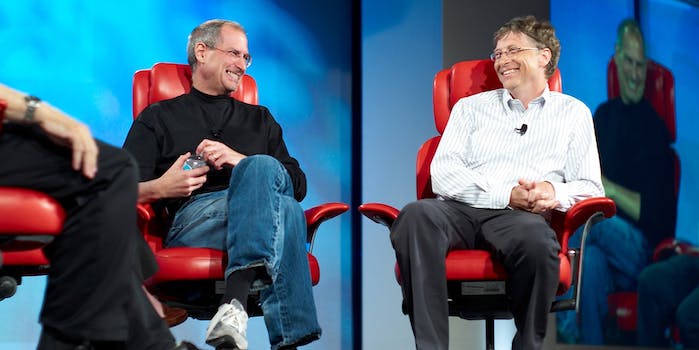 The cult of the lone genius is killing Silicon Valley

Not everyone can be Steve Jobs—and maybe nobody should be.

The secret to getting ahead in the tech industry, many argue, is having a good work ethic—but the fanatical workplace culture created by people like the late Steve Jobs and Elon Musk may just be contributing to worker burnout and frustration. In tech culture, working harder, longer, and more aggressively than others may be perceived as a pathway to success, but it comes at a high cost.

In tech, in particular, the cult of the lone genius is an enduring myth. The legends surrounding Apple’s growth years, for example, place Jobs square at the center of the narrative, despite the work of cofounders Steve Wozniak and Ronald Wayne. Jobs rose to prominence in part because of his aggressive management style and determination to shape the direction of the company at the cusp of the age of personal computing, to the point of eclipsing those who also played a key role in the firm’s development.

In tech culture, working harder, longer, and more aggressively than others may be perceived as a pathway to success, but it comes at a high cost.

Fanboys of the firm credit its cutting edge technology and meticulous design to Jobs’ obsessive attention to detail and driven work personality, with little exploration of the implications for workplace culture. Many workers at Apple felt very differently about working with Jobs—and that’s not just those who labor in highly abusive conditions in the company’s facilities overseas.

At Business Insider, Jeff Miller describes the experience of sharing a workspace with Jobs: “Jobs’ fanatical work ethic was well known. So was his temper. He had no patience for those he perceived as slackers.”

In a profile of Jobs at Gawker, Ryan Tate describes the late Apple CEO as a “tyrant.” “Jobs regularly belittled people, swore at them, and pressured them until they reached their breaking point,” Tate writes. “In the pursuit of greatness, he cast aside politeness and empathy. His verbal abuse never stopped.” His unreasonable expectations of workers may have shaped a computing firm with an excellent product reputation, but that didn’t make it a pleasant place to work.

Tim Cook likewise has high demands for Apple employees, perpetuating the culture of working to the point of exhaustion in the name of promotions and success in the workplace. It’s also the underlying message of Sheryl Sandberg‘s famous “lean in” motto for women—try harder or get off the bus.

Information Week’s John Soat describes Cook’s rival Bill Gates as a “bully, known for his short-tempered belligerence with employees and others,” one who turned his company into “a vicious, competitive monster.” Soat called his leadership style “winning by intimidation,” fostering a “win-at-all-costs culture.” That goes doubly for Gates himself. In Microsoft’s early years, he spent days at a time in his office without returning home or engaging in daily activities like showering.

This ethic is mirrored by Marissa Mayer, who mythically pulled “all-nighters and 130-hour work weeks while at Google.” Unlike Gates, Mayer had to demonstrate that she was capable of handling high-profile jobs despite being a woman and, thus, was forced to work even more demanding hours while sacrificing even more of her personal time.

Similar mythology surrounds Musk, who appears nearly every week in the media with a new proposal reaching far beyond Tesla’s electric vehicles. While he may have started with a single innovative idea—a sportscar to defy all traditional sportscars—he’s diversified into scores of other interests, and he’s taking his employees with him.

It’s also the underlying message of Sheryl Sandberg’s famous “lean in” motto for women—try harder or get off the bus.

Not always kindly, either. A recent and highly unflattering profile examined Musk’s temper, his demanding attitude in the workplace, and his intensity, though Musk denied many of the quotes attributed to him. What some might view as the result of a driven and focused work ethic others might see as abusive, with Musk accused of behaviors that border on the deeply bizarre. And this isn’t the first time Musk has been described as ruthless and despotic. In a Business Insider profile, Tesla’s former Vice President of Marketing Mike Harrigan described Musk as “the kind of boss where day to day you don’t know if you have a job or not.”

For the tech industry, though, it seems almost par for the course; he’s not the only leading executive who pushes workers beyond their limits and takes little to no responsibility for worker burnout.

Such trends dominate at other tech firms, like Google, where employees put in long hours across a diverse assortment of corporate products. While Google’s workplace famously includes a range of enticing perks, employees pay for those perks with demanding workweeks and a challenging workplace environment.

The example of Google’s famous 20 percent time, in which employees are encouraged to develop and explore products as part of their work for the company, comes with a darker side that’s often not acknowledged in discussions about the company’s workplace environment. It’s not as though staffers spend eight hours out of a 40-hour workweek enjoying the luxury to work on their own products, when the idea of a 40-hour workweek is a joke.

As Scott Berkun, author of The Myths of Innovation, writes for his personal blog:

Google culture, much like Microsoft in the early 90s, has a very strong, competitive work ethic, and peer pressure and pride drive many people to work hard. Like many tech companies, the vibe is that yes, if you have an idea you should follow it, but not to the detriment of other responsibilities.

Those famous cafeterias, on-campus services, and more come at a heavy price for employees, explains Kelly Clay at Lockergnome in an in-depth discussion of what it’s really like to work for the company. An all-in attitude is expected of employees who plan on succeeding at Camp Google, and for those who attempt to retain a more reasonable work-life balance, the consequences can be severe.

For those who can’t keep up with the demand, they simply have no choice but to leave, as previous (and notably older) Google employees have done when they must make the choice between raising a family or getting a raise. (I personally know at least one former Seattle-area Googler who quit under similar circumstances after being forced to either choose seeing his newborn less, or receive a demotion if he didn’t travel more.)

Culturally, the United States has always valued an aggressive bootstrapping culture and the argument that success in business is only possible through sustained hard work, and this has come through especially clearly in the tech industry. As startups sprout across Silicon Valley, so does the perpetuation of the myth that it’s only possible to develop a company—or succeed in one—with extremely long working hours paired with a tolerance for highly demanding working conditions.

Innovation in tech, however, is possible without driving workers into the ground, and creating a more sustainable work culture could actually be highly beneficial for tech workers. The high turnover rate at many startups is attributable in part to frustrating conditions, not just the desire to move on to new and exciting projects, and the demands placed on workers are also a serious barrier to entry for many who want to join the tech industry.

In other words, part of tech’s diversity problem is directly attributable to the workplace culture maintained by major tech firms. The issue isn’t just one of harassment, microaggressions, discrimination, and other issues that actively keep people out of the workplace by creating a hostile and unpleasant environment. High demands on workers make it more difficult for people like working parents, those pursuing higher education while working, and caregivers to logistically pursue tech careers.

Shifting attitudes about the acceptability of demands placed on tech workers could create a radically different landscape in Silicon Valley. It’s one that could change the nature of tech itself by including more innovators with novel ideas who are currently shut out of the industry thanks to its forbidding workplace culture.