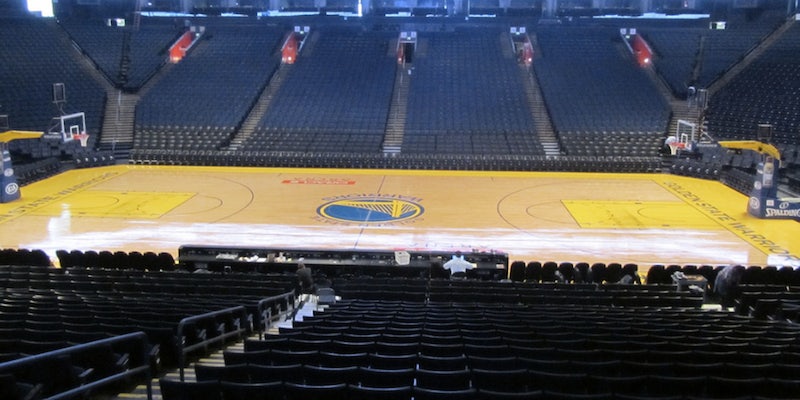 No one in Oakland for Game 7 of the NBA finals Sunday night could have been more disappointed to see the Golden State Warriors lose than Steph Curry‘s dad, Dell Curry. It was Father’s Day, for crying out loud!

But the retired basketball great wasn’t just crushed by the historic championship loss for his son’s historic team. Arguably worse was the moment right after, when he got dabbed on by an ice-cold fan who had appeared to offer a commiserating handshake.

There’s just no recovering from something like this. It’s disrespectful, asinine, and cruel—which is probably why it’s so damn funny. No word on whether he was wearing his son’s hideous sneakers, though.