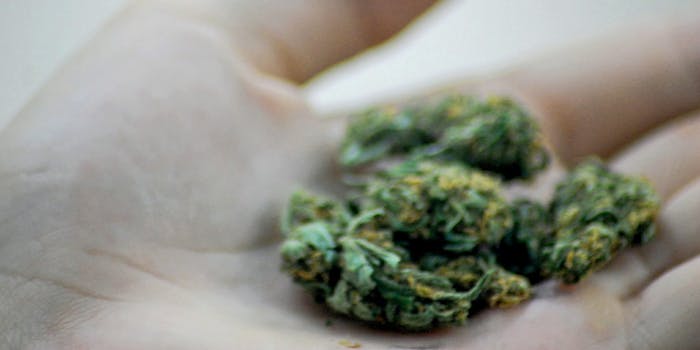 This dope map reveals how much your state loves weed

How stoned are your fellow citizens?

Now the good folks at Estately have published a map to let you know exactly how much your state loves weed. 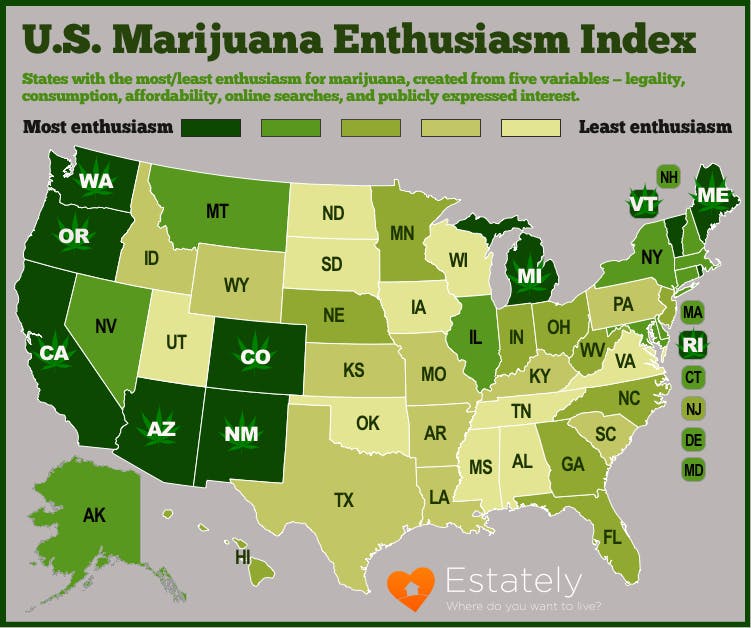 There’s even a handy chart that breaks down the criteria they used. Each state was ranked on a scale from 0-100 in each category, then those numbers were tallied up for a final score. Not surprisingly, Colorado was the number one state for people who enjoy the devil’s lettuce.

And your heart really has to go out to the people of Alaska, which gets a perfect score of 100 for legality, but a mere 3 in affordability. You risk your life catching delicious crabs for those schmucks in the lower 48 and then you have to blow it all on two joints? Sounds like a raw deal. Sorry, Alaska.