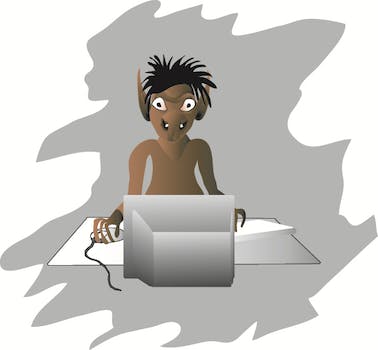 Operation "Viral Peace" is so crazy, it just might work.

The United States government is turning to an unlikely group of people to help to fight terrorism: online trolls.

“Viral Peace” is a new State Department initiative that seeks to identify and train key individuals in Muslim countries so that they can undermine and humiliate Islamic extremists on message boards and websites used for recruiting.

The plan is the brainchild of 44-year-old Shahed Amanullah, a senior technology adviser for the State Department and former entrepreneur from California. In an interview with Wired’s Danger Room, Amanullah said that this will be achieved by employing “logic, humor, satire, [and] religious arguments, not just to confront [extremists], but to undermine and demoralize them.”

According to Amanullah, online extremists are successful at finding new recruits because they often display a “vitality that frankly attracts some of these at-risk people.” In other words, vulnerable individuals are drawn in and converted by their bravado.

The State Department initiative aims to to offer an antidote to Islamofascist recruiters by not only providing a different perspective, but by making them look foolish in public. If their authority is undermined, it makes it difficult for them to enlist new members.

The idea is crazy enough that it could work. According to Jarret Brachman, an online jihadist expert, author, and professor at North Dakota State University, individuals doing the recruiting “are massive narcissists [who] need constant ego boosts,” which means that they are prime targets for trolling.

Viral Peace does face some obstacles. For starters, the program’s funding is minuscule. Although the exact amount hasn’t been disclosed, the figure is in the thousands of dollars.

But perhaps the biggest challenge that the program faces is that it lacks a concrete strategy. This past April, Amanullah, along with two associates, took an exploratory trip to several Muslim countries to meet with potential operatives–young local leaders with an ample online following–  and brainstorm how to best implement the plan. What they found was that these individuals were more concerned issues like poverty, education, and economics than with counterterrorism. These would-be trolls could lose focus of the mission at hand.

These challenges don’t phase Amanullah. In terms of his nearly non-existent budget, he cites his start-up background as proof that Viral Peace could succeed. “I want to prove you can do small, inexpensive, high-impact projects that don’t just talk about the problem but solve the problem,” he told Wired. “And solve it the right way: not with the government’s heavy hand but by empowering local people to do what they already know to do but don’t know how.”