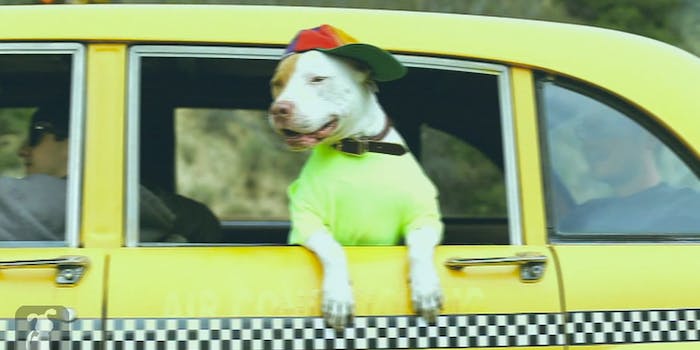 YouTube Guide: Can you imagine a world without the Internet?

"The Fresh Pup of Bel Air," "Star Wars vs. Jurassic Park," and the "official trailer" for "Life of Pi 2" kick off our YouTube guide.

This story’s about how one pup’s life got turned upside down, but it has a happy ending. He wasn’t challenged to a fight in West Philadelphia, but the Fresh Pup of Bel Air managed to find a loving family after a life at the kennel.

The Rebel Alliance probably thought that Endor was just a peaceful planet, but that was before they were introduced to Jurassic Park and they were under attack by the Galactic Empire and the Walkers. At least the Ewoks seem friendly.

3) UPROXX, “A World Without the Internet”

One web surfer gets the It’s a Wonderful Life treatment after he wishes that the Internet never existed and finds out that he’s a successful and fit businessman with social skills and a girl. While it looks better from the outside, he reaches the breaking point when he can’t Google to win an argument.

One day everyone started running. Some have a destination in mind or people to catch up to, some are running away from something out to get them, and some (like Forrest Gump) just felt like running.

The sequel to the award winning Life of Pi wants you to journey to a world, but without VFX, you won’t have any idea how it actually looks. Or what exactly is that creature the protagonist encounters. Or anything in the movie aside from a boat.