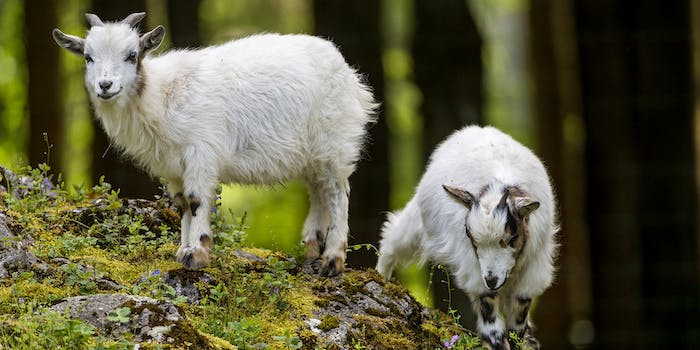 All bleats are off.

The “Imperial March” just got even more majestic.

It’s menacing, it’s intimidating, and after all these years since the Star Wars films came out, John Williams’ score still strikes a chord with audiences everywhere. When the music is this good, few remixes can do it justice. Yet here is Marca Blanca, who already redid the Game of Thrones theme with goats, further enhancing one of the most iconic themes in movie history.

Let’s be clear—these goats aren’t kidding around. They’re completely committed to the cause, and we’re all the better for it.

And when Luke Skywalker finds out the truth about everything? Even he can’t help but express himself appropriately.