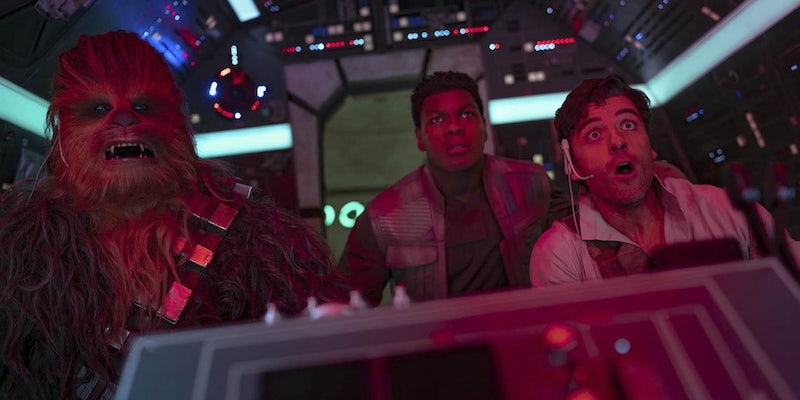 It's a blend of blend of live-watches, roundtables, live streams, and Q&As.

Star Wars Day 2020 is still a few days away, but it’s already shaping up to be much different than we might’ve imagined. Sure, we’re still gonna pull up an old favorite or two to stream, but any in-person gatherings that might’ve taken place at locations like Galaxy’s Edge are on hold thanks to the coronavirus pandemic. But ReedPop, one of the country’s major fan convention organizers (and the company behind Star Wars Celebration) is giving fans a place to gather on one of Star Wars’ biggest days.

Earlier this week, ReedPop announced that it’s hosting An Online Revelry, a two-day virtual Star Wars convention taking place on May 4 (May the 4th) and May 5 (Revenge of the 5th). Hosted between the social media channels for several of its conventions—including New York Comic Con, Emerald City Con, BookCon, C2E2, and Florida SuperCon—and the Dicebreaker YouTube channel, An Online Revelry is a blend of live-watches, roundtables, live streams of video games and tabletop games, and Q&As with Star Wars authors and voice actors like Ashley Eckstein (Ahsoka Tano) and Vanessa Marshall (Hera Syndulla).

Over the course of two days, you’ll have the chance to rewatch or rewatch six different Star Wars movies, including The Rise of Skywalker, which arrives on Disney+ on May 4, an episode of Star Wars Rebels, and the Clone Wars series finale. With the exception of Solo (which is still on Netflix), everything else is accessible with a Disney+ account.

It’s an online gathering to celebrate Star Wars, of course, something that many fans were probably going to do regardless of whether they’re practicing social distancing. But as more and more conventions are canceled over concerns about COVID-19, it’s also a way for fans to be able to experience some of the best parts of the convention in a fun and safe mannner.

Star Wars Celebration, which is set to take place Aug. 27-30 in Anaheim, California, has yet to be canceled. But a recent statement from Celebration and ReedPop provided an update letting fans know that Celebration was monitoring the situation.

“While the opening day of Celebration is still four months away, we are actively assessing the most up to date information and following all directions from federal, state and local public health authorities regarding large public gatherings in the state of California,” the statement said. “In the event that we postpone or cancel Star Wars Celebration we will offer all fans the option to either transfer their tickets to the new event dates or receive a full refund of their ticket order.”