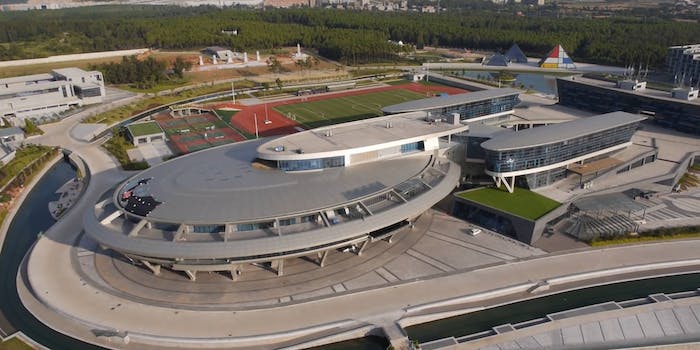 Well, why NOT build your office to look just like a fictional space ship?

The six-story building was designed to look like the Enterprise, an architectural feat that required the company to get permission from CBS, which owns the rights to Star Trek.

“That was their first time dealing with issue like this and at first they thought that it was a joke,” a representative from NetDragon Websoft told the Wall Street Journal. “They realized somebody in China actually did want to work out a building modeled on the USS Enterprise only after we sent the relevant legal documents.”

The $97 million office building was completed in 2014. To cement its status as a geek utopia, the NetDragon Websoft Enterprise is also home to a life-size replica T-rex skeleton.