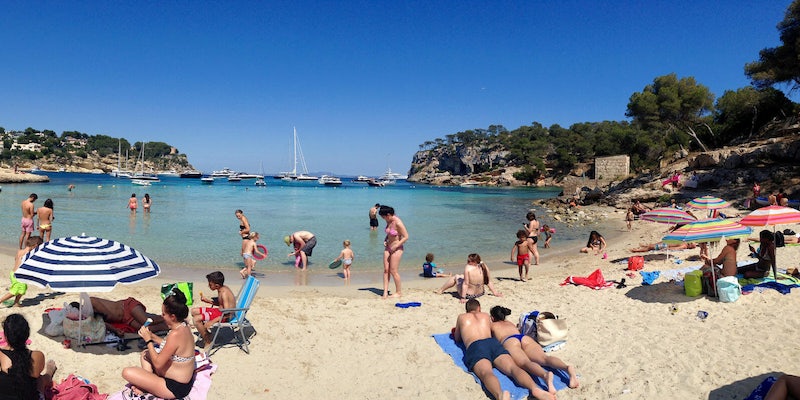 9 friends decided to take a total stranger on holiday

If your friend can't go on vacation, just get on Facebook and find someone with the same name.

What would you do if you were offered an all expenses paid, three-day vacation to an island in Spain? What if you had to spend that vacation with nine total strangers? Well if you’re Joe McGrath, of Manchester, England, apparently you say yes.

It seems a group of friends had a tenth plane ticket in the name ‘Joe McGrath’ and a hotel room already paid for, but one of their pals, and man we’ll call Lame Joe McGrath, bailed at the last minute. So they decided there had to be another Joe McGrath in England. A better Joe McGrath. They found him working at a rock radio station in Manchester. Of all the Joe McGraths they messaged on Facebook (which was apparently around 15 or 16) only Rock and Roll Joe, as he will henceforth be known, replied.

Rock and Roll Joe’s boss was kind enough to give him the time off work but added a cautionary, “If they pull out handcuffs, knives, or rope, leg it.”

So @therealboon tech guy has made it to the national press. All because he went on a holiday with strangers!

Most people on Twitter thought it was brilliant, but a few thought the whole thing was some sort of stunt or promotion set up by the radio station.

Even after R&R Joe posted a picture of his boarding pass, some people still didn’t want to believe him.

One man was even downright angry about it. Seems like somebody needs a vacation.

Anyway Rock and Roll Joe is back home now and it appears he had a great time. Or maybe he was just happy he didn’t get murdered?