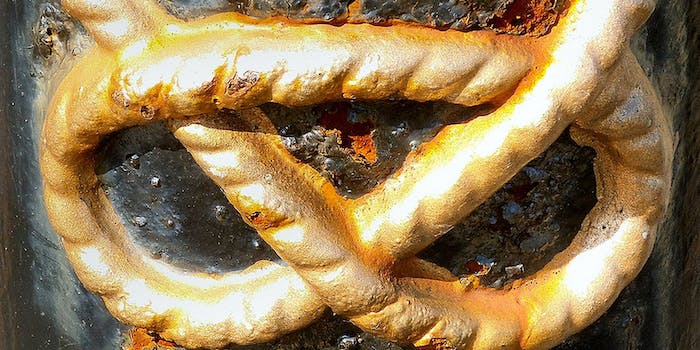 The life of a politician can be exhausting, with a packed schedule of championing local businesses, cheering on marathon runners, and congratulating the elderly on their birthdays.

That is, if you’re an actual politician.

The Stafford Borough Council demanded that Twitter shut down a fake account after a man tricked the 120,000-person English town into thinking he was their mayor. The man, James Billington, believed to be in his mid-30s, duped local politicians, business owners, and residents after creating and posting to an account under the handle @mayorofstafford.

During his stint as fake mayor, Billington attended a ribbon cutting ceremony for Alton Towers, an area theme park. He also received invites to events from local business such as the Stafford Round Table and the Local Stafford Book Club.

The council’s objection to the fake account were prompted when the mayor of the nearby town Shrewsbury was insulted by the fake mayor. Apparently Billington wrote a tweet comparing the Shrewsbury mayor to “one of the bad guys from Superman 2.”

Once the council caught wind of the tweet, the actual mayor of Stafford, Angela Loughran, spoke out. “Nobody minds a bit of fun on social media,” she said. “But it is unacceptable that this person is purporting to be the mayor of Stafford and making disparaging remarks about another mayor.”

In England, mayor has traditionally been a ceremonial post with little responsibility or duties attached to it, which could explain how Billington was able to trick residents for more than two weeks.

“I feel so stupid, I believed it was him,” resident Bal Singh told the Daily Mail. “How many people know the name of their town mayor? There was no reason to disbelieve him.”

As of now, Billington’s account has not been shut down.

Heard on the grapevine that someone is going around impersonating mayors. #Notonmywatch