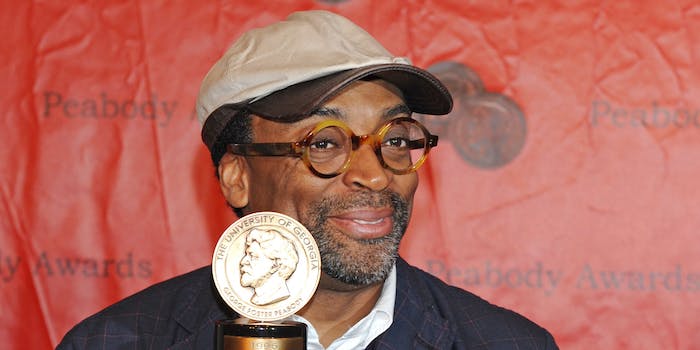 The documentary covers the aftermath of the World Trade Center attacks, and then moves onto the city’s response to the COVID-19 pandemic two decades later. It’s a story about New York City, shaped by one of the city’s most beloved filmmakers. However the final episode—which will air on Sept. 11—sounds like it will raise some eyebrows. According to a recent New York Times interview, this episode “devotes a lot of time to questioning how and why the towers fell,” with Lee giving airtime to the conspiracy group Architects and Engineers for 9/11 Truth.

“I got questions,” Lee told the Times. “I hope that maybe the legacy of this documentary is that Congress holds a hearing, a congressional hearing about 9/11.” He went on to say that “The amount of heat that it takes to make steel melt, that temperature’s not reached,” comparing the explosion to “demolitions.” This echoes the widely derided (and widely debunked) “jet fuel can’t melt steel beams” conspiracy theory.

Spike Lee’s comments are being met with disappointment online but also with a certain amount of morbid amusement. After all, the phrase “jet fuel can’t melt steel beams” is basically a joke at this point. But to those who lost friends or relatives on 9/11, the propagation of these conspiracy theories can still be extremely upsetting.

It remains to be seen how audiences will react to this documentary’s final episode. Early reviews of the series are very positive, but some critics only saw three of the four episodes. The Variety review, which does cover all four episodes, only mentions the conspiracy content in passing, saying that Lee is “in clear agreement” with the 9/11 truthers he interviewed. From this description and Lee’s recent remarks, it sounds like his 9/11 series has a similar tone to his 2006 Hurricane Katrina documentary When the Levees Broke, which earned widespread praise while also being criticized for including unfounded conspiracy theories.