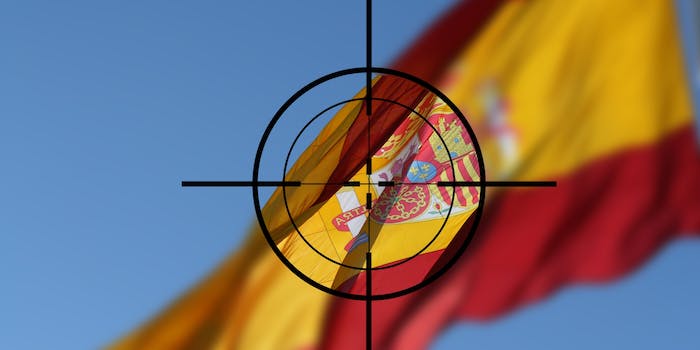 And yet she keeps tweeting.

Spain’s most prolific angry communist Twitter user has been found guilty of “glorifying terrorism,” according to national news reports.

Alba González Camacho, aka @albacorazonegro, is a moderately popular Twitter user, an extremely prolific one, and a fierce supporter of GRAPO, a Spanish acronym for an underground anti-fascist militant group. GRAPO’s ’80s heyday seems to be behind it, and it hasn’t committed a public act of violence since 2006, but it’s thought to be responsible for more than 80 killings.

In several of her tweets, the 21-year-old Camacho called for violence against public figures. Against one member of Parliament, who offhandedly said “screw them” about the unemployed, @albacorazonegro wrote “Andrea Fabra, I hope GRAPO comes and bring you to your knees” in Spanish.

In another, she lashed out against prime minister Mariano Rajoy, vowing to “tattoo myself with the face of the person who shoots Rajoy in the neck.”

Camacho, whose settlement kept her out of prison unless she commits another crime, seemed unrepentant on Twitter Wednesday.

Translation: “I just hope that at least it has served for society to wake up a little more.”