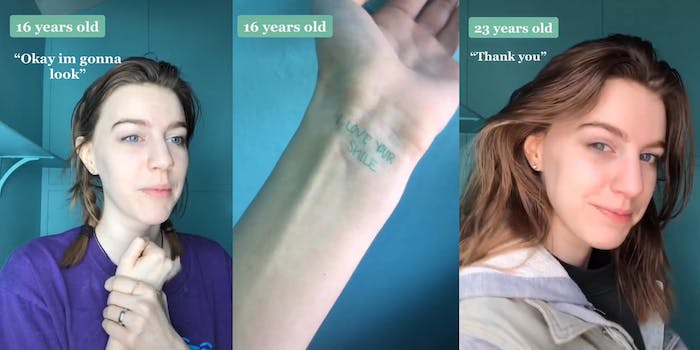 Is your soulmate on TikTok?

Is your soulmate on TikTok?

The Soulmate POV TikTok trend has people considering fate, and the videos all use the same variation on caption: When you turn 16 “the first words your soulmate say to you show up on your wrist.” A lot of participants delivered earnest performances that spanned years.

The trend is related to a fanfiction trope called soulmate marks or soulmarks, which appear on people who are fated to be together. On forums like Tumblr and Archive of Our Own, you can find countless alternate-universe (AU) soulmate pairings for bigger franchises like Star Wars and Marvel, and smaller fandoms. It might also be a tangential riff on the 2009 romantic comedy Timer, in which a woman’s wrist implant counts down the days until she meets her soulmate.

That said, some people also went the comedic route.

There is also a related TikTok trend involving soulmates seeing the same color.