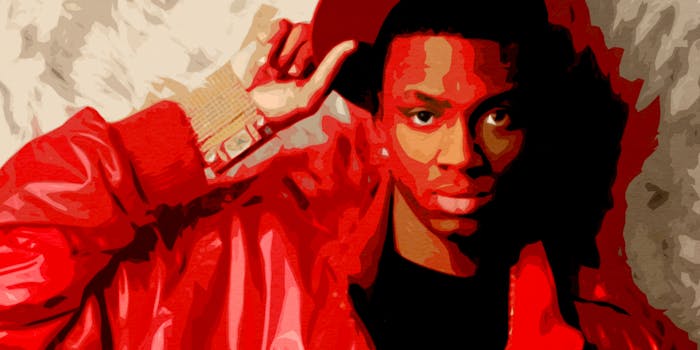 But none of these things are as important as this guy being born.

This is a very monumental day—because it just is. Have you forgotten all that Soulja Boy has done for the human race since he burst onto the scene in 2007? He not only taught us to turn our swag on, kiss our loved ones through the phone, appreciate a good donk, and swing our Gucci bandanas with reckless abandon; he also brought us “Crank That,” which is still a welcome tune at any day party. It also was a big part of Silento’s “Watch Me (Whip/Nae Nae),” and that’s crazy, because it’s almost 10 years old. No one is raising the roof or doing the twist anymore, yet we are all still cranking that Soulja Boy. Your fave late 2000s rapper could never.

But that’s not all Soulja Boy has done. When people get out of line on social media, Soulja Boy puts them in their place when we are too disillusioned to do it ourselves. Look at how he eloquently said to Donald Trump in 2012 what we’re all saying now.

He knows how to match his pants with his vehicle.

And he reminded us that even if you don’t remember Vanessa Carlton lyrics, that shouldn’t deter you from trying your hand at them anyway.

Soulja Boy’s greatest contribution to society is: Everything he’s done since we first heard about him. He’s brought us so many tunes and so much entertainment on social media that he’s well on his way to being a legend.

There are game-changers and innovators out there who have brought an incredible amount of science, literature, and musicianship to the world. Were they as young as Soulja Boy when they did it, though? Probably not.

Soulja Boy did "Crank Dat" at 16 RT @IntriguingFacts: Sir Isaac Newton was 23 when he discovered the law of gravity.

So Soulja Boy, we wish you a happy birthday—today and for many years more. Newton could never.