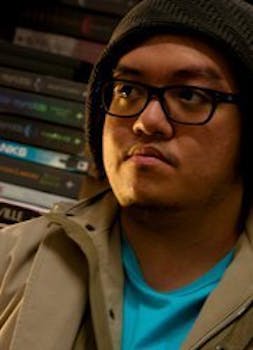 Known on Reddit as solinvcitus, Cheong submitted links to a gaming site he edited and possibly profited as a result.

Spamming Reddit is no easy task. The social news site’s users are a volunteer army who monitor Reddit profiteers with untiring vigilance. Once their spam radar starts beeping, even buying upvotes won’t help.

So why did it take Reddit so long to ban chronic spammer Ian Miles Cheong ,the news editor of gaming site Gameranx and a top Reddit moderator?

Under the psuedonym SolInvictus, Cheong had inserted himself as a moderator at many of Reddit’s largest forums, including r/AskReddit, r/Politics, r/WTF, and r/TodayILearned, all of which boast more than 1 million subscribers.

Meanwhile, he relentlessly promoted content from Gameranx and other sites, including news site Global Post, and Web culture site Uproxx. It’s not clear what formal association, if any, Cheong had with the latter sites, though they comprised an overwhelming majority of his submissions.

A four-year redditor, Cheong was called out about a month ago at r/reporthespammers, a user-run section that tracks Reddit spammers. He was also alleged to post under the pseudonym slaterhearst.

Over the weekend, redditors noticed that both SolInvictus and slaterhearst disappeared from the site. Reddit declined to comment on whether Cheong was banned or had deleted his account, though a javascript test provided by redditor TheSkyNet shows that he was likely banned. Thanks to his moderator power, Cheong is likely the most influential Reddit user to ever suffer the spam banhammer.

Reddit doesn’t forbid posting your own content. As stated in the Reddit FAQ:  “It’s not strictly forbidden to submit a link to a site that you own or otherwise benefit from in some way, but you should sort of consider yourself on thin ice.”

A generally followed, unofficial rule states that for every link you post to your own site, you should submit nine links from elsewhere. Cheong was a relentless submitter to Reddit and had accrued more than 350,000 link karma in his nearly four years on the site. (Link karma is an aggregate of upvotes minus downvotes.)

He submitted so much content, in fact, he may very well have met the nine-to-one rule. But there’s another wrinkle in the story: As a moderator of top subreddits, Cheong could ensure his content never got sucked into Reddit’s spam filter. He ducked the rules to his own advantage and profited from the results.

Cheong didn’t respond to a request for comment for this story. And since no one is talking, it’s impossible to know what specifics that led to his ban. (Was he profiting from the Global Post and Uproxx links?) There is a thin line between acceptable self-promotion and spamming on Reddit. Cheong walked it for years. He was finally caught on the wrong side.

As with every other deleted Reddit account, his userpage is now inscribed with a simple epitaph: “the page you requested does not exist.”