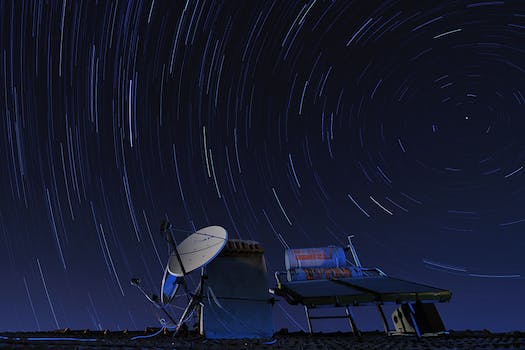 Solar power is the way of the future, and that future is now.

The solar power revolution may finally be here, and it’s a bright spot for everyone in America.

Last year proved the biggest year for solar power ever, with photovoltaic installations up 30 percent from 2013. And while solar power accounts for a comparatively low percentage of U.S. electricity generation, in 2014, solar put almost as many new megawatts on the grid as natural gas. This was thanks to both large utility companies and smaller installers both reaching a wider range of customers, bolstered by federal incentives and regulations that have helped clear the way for solar energy. In addition, job growth in the solar field is expanding 10 times faster than anywhere else in the economy. And, of course, more and more people are realizing the undeniable environmental benefits of solar power everyday.

But the other key thing to remember about the rise of solar power is its potential to transform the tech world. Should solar power live up to its recent potential, it could actually be the next great tech revolution. Here’s why.

Solar power has the potential to push the tech sector into bold new territory. It’s not going to be easy, given that as of now, solar accounts for less than half a percentage of energy produced in the whole United States. But as solar energy becomes more accessible, tech will have to follow eventually, which is why it makes sense for Silicon Valley giants to hop on the bandwagon now, lest they waste an opportunity for innovation in the progress. With technology, it’s about either getting there first or getting there best, carving out a space that’s all your own. Solar power represents a great chance in this regard. Right now, not only is solar technology becoming more commonplace, its green-friendly image stands to be a big benefit to those who can implement it.

That seems to be what Apple is thinking at least, as the company begins its plans to dive headfirst into exploring solar power. “Apple has already made huge commitments to solar,” writes Mother Jones‘ James West, in an article from last month. “The Guardian reported last year that the company planned to use solar power to manufacture its new ‘sapphire’ screens for the iPhone 6 at a factory in Arizona.” Apple has also announced a project with First Solar, the largest installer in the U.S., one that will put $850 million into covering 1,300 acres of land in Monterey County, Calif. CEO Tim Cook has called it the company’s “biggest, boldest and most ambitious” energy initiative of all time, with the intent of using solar energy to help power Apple’s new campus, as well as all of their California retail stores.

Cook knows that this is both a smart PR move and an important step in making sure Apple stays ahead of the competition. Solar power may prove the way of the future, and for companies like Apple, adopting it is just another way of getting ahead of the game.

The most important aspect of tech’s upcoming solar revolution may be the economics of it. As many have observed, the price of implementation, battery storage, and most importantly, solar panels themselves have dropped dramatically over time, with overall costs plummeting an astounding 99 percent between 1977 and 2013. This means that solar-power is not just the among the most environmentally sound energy options, but that it’s among the most financially sound as well. Thus, it’s a win-win for Silicon Valley, especially with increased competition continuing to drive up costs. If anything, solar power might actually be able to bring some stability to the tech sector.

“According to Forbes, solar is already cheaper than utility power in several states on a dollar-per-kilowatt-hour basis. It’s only installation costs that keep it more expensive overall,” Next City’s Will Doig puts explains. “But those installation costs may soon fall. Aiming to make solar energy cost competitive with other forms of electricity by the end of this decade (a cost the government identifies as six cents per kilowatt hour), the U.S. Department of Energy has launched the SunShot initiative, an array of efforts to drive down the cost of installing and maintaining solar panels.”

Combined with longer battery storage and cheaper installation costs, the reduced price of panels makes solar power both a smart investment for the tech sector to pursue, and an outright irresponsible one for them not to. When all is said and done, Silicon Valley will suffer if they do not take advantage of the low costs of going solar.

3) Solar power is right around the corner

Perhaps the biggest mistake people make when discussing the implementation of solar power is acting like it’s years away. While solar power is unlikely to overtake natural gas domestically, Quartz’s Frank Jossi argues that solar power is “less a competitor [to natural gas] and more of a complementary energy source.” While solar power has yet to be accepted as a viable power source on a large scale, but advances in the field are moving forward at a seemingly unstoppable rate.

As Matthew Campbell, Tim Loh, and Mark Chediak put it in an article on solar batteries for Bloomberg Business last year, “Cheaper batteries also mean you could drive an EV off the lot for the same price as a bargain-basement gasoline model, making them truly mainstream. And with the option of charging them with solar power, owners will be able to motor past the local Exxon station without ever stopping—or even having to pay their utilities a dime. Who needs the grid, or the oil companies, then?”

Obviously, going mainstream is the key part to making solar power work for the auto industry. But is the same true for the tech sector? For smart companies, it’s not about waiting till solar becomes mainstream; it’s about helping it get there.

Embodying this idea for the auto and tech industries alike is Tesla, whose notoriously forward-thinking CEO, Elon Musk, has long held up solar as a priority. As Bloomberg further explains, the company “has already started offering home rooftop solar systems paired with backup Tesla-made lithium-ion batteries.” According to Campbell, Loh, and Chediak, the Tesla-led solar revolution “may be coming to a head sooner than most people realize.” They cite an August 2014 report from UBS, which claims that “electricity markets will be turned upside down within the next 10-20 years, driven by solar and batteries.”

Solar power is set to reinvent multiple aspects of American business, but its natural champions will always be in Silicon Valley. The world of solar can seem like a far-fetched dream or like science fiction, but the history of technology over the last several decades has been one of risk-taking, where advances have been made not in small steps, but in great leaps and bounds. As Campbell, Loh, and Chediak smartly point out, “people seeing the first brief-case-sized cell phones scoffed that such a thing would ever be widely adopted. Now, pretty much every second grader in America has one.” This is why, for the tech world, adopting solar energy as a part of their culture could represent a make or break moment.

Solar power is the way of the future, and that future is now.

Photo via christian.senger/Flickr (CC BY SA 2.0)