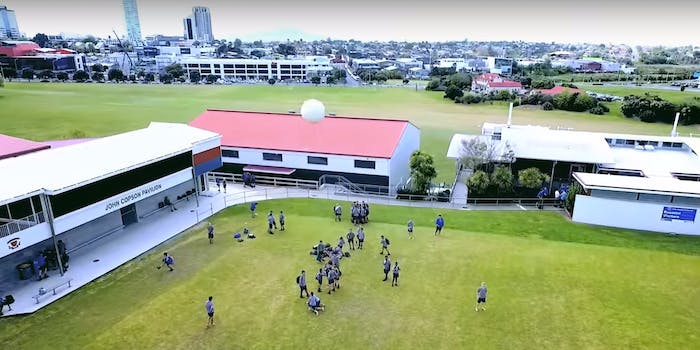 A drone is no match for a soccer ball.

While more and more sporting events are banning the use of drones, in the case of smaller games and practices, one tends to fly at one’s own risk. And it’s usually all in good fun, yielding some incredible footage—until someone’s well-timed kick causes it to crash-land (ideally not on a person).

The drone never had a chance.