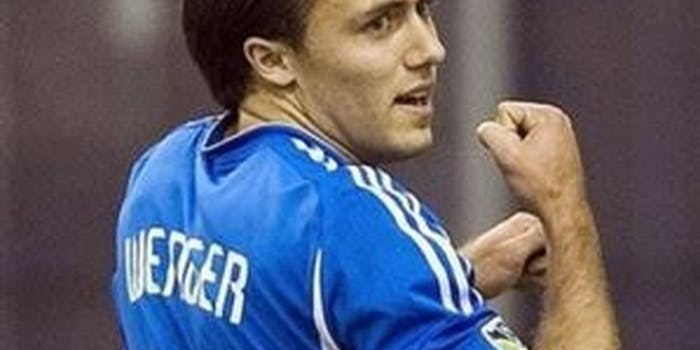 Long-distance learning is hardly a new concept. One professional soccer player, however, is taking his remote studies a little further by sharing his coursework for all to see on a blog.

Andrew Wenger, drafted by Major League Soccer team Montreal Impact earlier this year, was three years into his studies for a history degree at Duke University when he got the call, according to OpenFile.

As he was just a few credits short of graduating, he made an arrangement with his professor to write blog posts on soccer, politics, and history. The 21-year-old forward has published two blog posts to date, both of which are compelling reads.

The first covers Montreal’s history, culture, and politics as he recounts his initial attempts to speak French. Here’s an excerpt:

“I can add from personal experience my lack of French has left me in awkward positions more than once. I often  found it tough trying to figure out where I wanted to go (though my lack of a sense of direction may be the true cause of that.) Though many French Canadiens appreciate my poor attempts at ‘Bonjour, como ca va; it leaves me at a real disadvantage in truly understanding and assimilating into the culture. Learning the French language is an important way for me to endear myself to the fans, but I will be honest it is not an easy task.”

The second, posted Monday, talks about the passion Montrealers have for sports, specifically the Impact’s key supporters’ group, les Ultras.

Hermann Trophy winner Wenger told OpenFile that he won’t always be writing about Montreal and the city’s history. Instead, he’ll write about whatever’s on his mind in a given week.

Getting an insight into the thoughts and feelings of a man who’s both a Duke student and a professional soccer player in such a way may not have been possible without the blog.