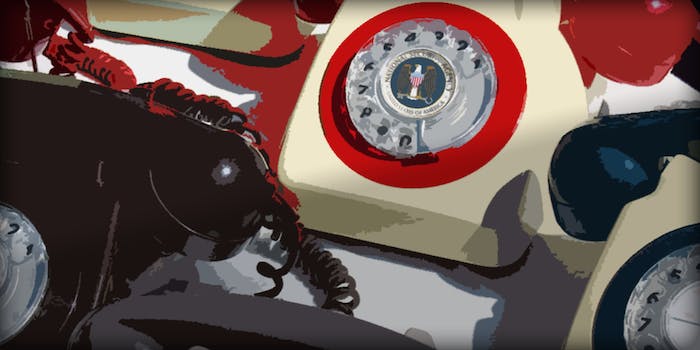 In the latest public release of top secret files obtained by U.S. whistleblower Edward Snowden, the New York Times revealed that an Austrialian spy agency was secretly eavesdropping on an American law firm and their overseas client.

According to the Times, the Australian Signals Directorate (ASD) monitored communications between Indonesian officials and an American law firm, whose services were retained during a trade dispute with the U.S. government.

The documents indicate the U.S. National Security Agency was made aware of the surveillance, and it was informed that the data collected may be covered by attorney-client privilege. Bulletin notes reveal that NSA general counsel “provided clear guidance,” and that the Australian spies were able to continue the operation, “providing highly useful intelligence for interested U.S. customers.”

The article also highlighted a relevant Supreme Court decision from March 2013, which dismissed concerns about the warrantless wiretapping of attorneys and overseas clients for being purely “speculative.”

Other than the NSA itself, the documents do not reveal which “interested U.S. customers” received intelligence on the Indonesian trade dispute. The U.S. government has previously denied engaging in economic espionage, and said that while trade officials may be privy to classified information, American businesses are not. The NSA has also denied that it uses international intelligence partners to circumvent laws prohibiting the agency from targeting American citizens or businesses.

In the past, intelligence officials have adamantly defended the NSA’s actions while citing national security concerns; specifically, the global threat of terrorism. The latest disclosures, however, provide further evidence that economic espionage is also frequently the goal of U.S. intelligence allies.

In a statement, NSA spokesperson Venee M. Vines said: “N.S.A. works with a number of partners in meeting its foreign-intelligence mission goals, and those operations comply with U.S. law and with the applicable laws under which those partners operate. A key part of the protections that apply to both U.S. persons and citizens of other countries is the mandate that information be in support of a valid foreign-intelligence requirement, and comply with U.S. attorney general-approved procedures to protect privacy rights.”

NSA officials refused to comment on whether information obtained by the Australian government was provided to U.S. trade officials or other parties involved in the dispute with Indonesia. The Times noted that a 2004 document revealed intelligence gathered by the NSA was frequently shared with civilian agencies, such as the U.S. Department of Agriculture.